Licensed Associate Real Estate Broker
cris.herrera@theagencyre.com
(917) 553-3610
After beginning his career in real estate, Cris Herrera quickly soared to the top 3% of brokers nationwide. With over 20 years of experience as a broker, Cris has the expertise and knowledge to get the job done. While based on the Upper West Side, Cris specializes in all areas of Manhattan. Cris is known and respected for his integrity, honesty, and dedication to keeping the deal alive till the keys are exchanged. He attends to every facet of the deal with acute accuracy while retaining a personal connection with his sellers and buyers alike. With a diverse portfolio of strengths, Cris is a highly motivated and honest agent who is respected by his peers.

Cris is not deterred by any obstacle or challenge; a skill he acquired while training for his demanding, yet rewarding, career as a director, choreographer, and performer. Prior to his career in real estate, Cris performed as a classically-trained professional dancer for 25 years. He debuted with the American Ballet Theater at Lincoln Center and worked with notables: Mikhail Baryshnikov, Placido Domingo, and Luciano Pavarotti. Other career highlights include features in movies, television, and stage productions. Cris performed in over 60 different countries and all around the United States, including seven years of Broadway world tours with fellow Broadway legend Chita Rivera! Cris took his passion for dance further by launching his own critically acclaimed company, Atrevete Flamenco Dance Theater of New York.

Cris adopted “the show must go on” mentally with real estate. Cris transitioned his ability to deal with people, fix problems, and do whatever it takes to get the job done well and on time from the stage to the world of real estate. When not handling clients, Cris loves to keep busy with his wife and four children (1 + triplets). 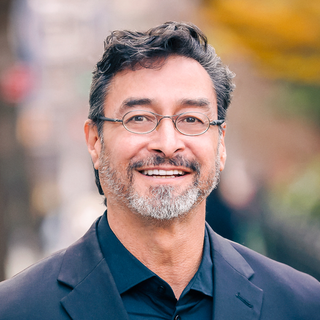