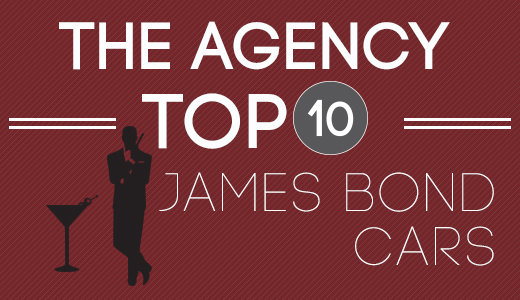 Cars have been essential to James Bond movies ever since 007 jumped behind the wheel of a sky-blue Sunbeam Alpine in the 1962 film Dr. No. Here’s a list of our top 10 favorite rides. 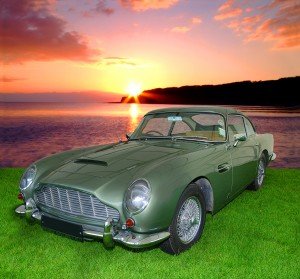 The Aston Martin DB5 is the ultimate Bond car. It first roared onto the screen in 1964’s Goldfinger, driven by a young Sean Connery, and since then it has remained one of the most iconic vehicles in the history of film. The car featured machine guns, a bulletproof shield, radar and an ejector seat, but most memorable of all are the DB5’s timeless, elegant lines and stunning speed. This same model reappeared in 2012’s Skyfall, driven by Daniel Craig.

The Toyota 2000 GT has been praised as the first Japanese supercar, and its quirky details and easy ride make it a favorite of car nuts, including Bond producer Harry Saltzman, who chose it for 1967's You Only Live Twice (set in Japan). Just over 300 of the GTs were made, and they weren't convertibles – Sean Connery was too tall to fit in the coupé, though, so they made it into a soft-top for the film. 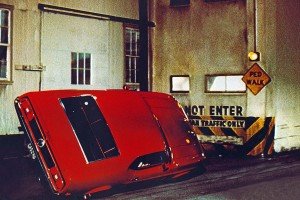 Yes, Bond drove a Mustang. Sean Connery took the Mach I on a crazy ride through Las Vegas streets in 1971’s Diamonds Are Forever (famously squeezing through an alleyway on two wheels). The 1971 muscle car was the last major restyling of the original Mustang, and it included the fantastic 7.0-liter 375-hp Cobra Jet V8 engine that would disappear the following year.

It was Jag versus Aston in the 2002 film Die Another Day. This sleek British convertible has power, poise and is brimming with weaponry, including a Gatling gun, mortar, 18 heat-seeking missiles and a hydraulic battering ram. The two cars battled it out on an ice field, and they both looked hot. 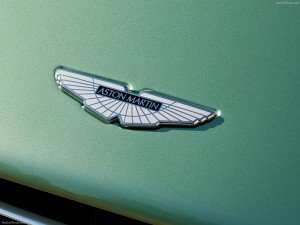 The last of Pierce Brosnan’s Bond cars, also from Die Another Day, the Aston Martin V12 Vanquish was equipped with all the usual gadgets (ejector seat, rocket launchers, machine guns) in addition to spiked tires as well as cloaking device that renders the car invisible. On screen though, you’re sure not to miss it – the Vanquish is a beauty.

This luxurious beast was Bond super-producer Cubby Brocolli’s own car, and it took some persuading to get him to use it in the 1985 film A View To A Kill. The Silver Cloud II had been replaced years before by the more angular Silver Shadow, and many consider these Silver Cloud II models to be the last of the classically proportioned Rolls-Royces.

The “Bentley Mark IV” wasfeatured in numerous Fleming novels and became a legendary Bond car – but it is not an actual, produced car. The vehicle in From Russia With Love (1963), called the Bentley Mark IV, is actually a Derby Bentley convertible. That said, it is still one sweet ride. 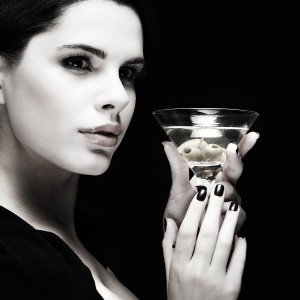 The BMW Bond cars weren’t the most memorable, but this particular model was the classic, V12-powered BMW flagship sedan that many car aficionados view as the last good-looking 7 Series. Appearing in 1997’s Tomorrow Never Dies, its huge size made it possible to stuff in more gadgets than ever previously seen onscreen, including 12 roof-mounted rockets.

James Bond managed to give the comparatively inexpensive coupé, from the now defunct American Motors, a hell of a makeover in 1974’s The Man With the Golden Gun. In one of the most memorable 007 action sequences, Bond jumps the Hornet 40 feet over a river, going into a 360-degree barrel roll in mid air before landing upright on the opposite bank. The stunt was performed by "Bumps" Willard in one take on June 1, 1974, and is a testament to how the Hornet can handle when driven right.

There’s just something special about the original. James Bond's first car was the modest, British-made Sunbeam Alpine, in a light lake blue color. In 1962’s Dr. No, Bond rents the convertible in Jamaica and soon finds himself on an epic car chase with The Three Blind Mice, in a hearse. With it’s understated British modesty and casual cool, the Sunbeam Alpine still stands right alongside the much fancier and souped-up Astons, BMWs and other Bond cars as an all-time great.