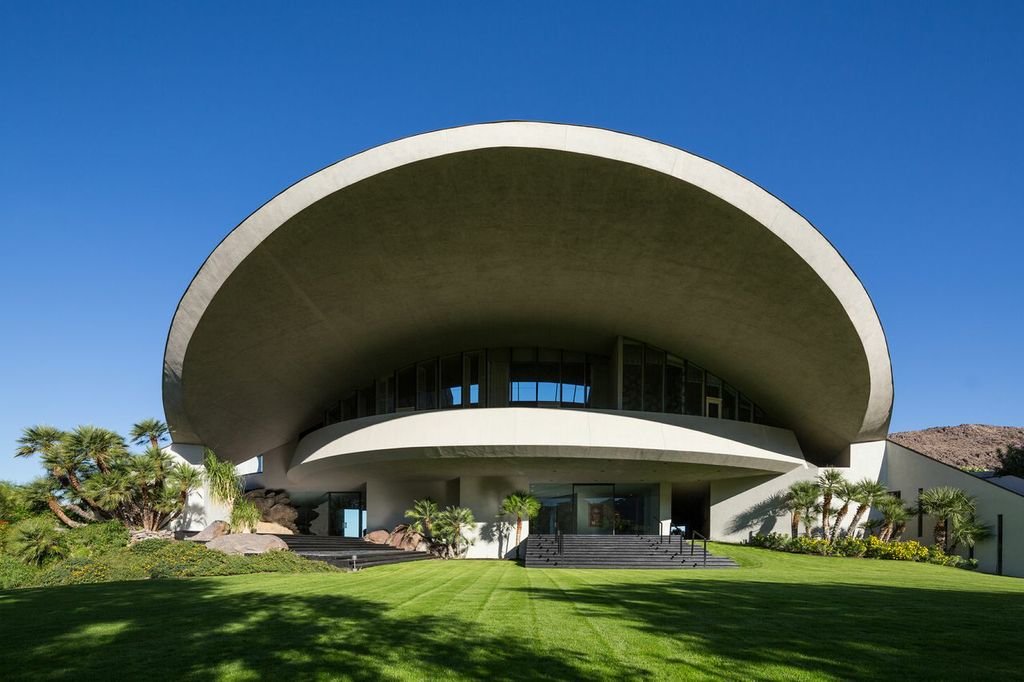 Modernism Week, Palm Springs’ 10-day celebration of Mid-Century Modern art and architecture, draws to a close this weekend. The annual festival, which began this year on February 13, offers the perfect excuse to pop over to the valley for some relaxation and architectural appreciation.

Now in its 14th year, Modernism Week offers an array of design-centric events and experiences, including the Modernism Show, home tours, films, lectures, a pre-fab showcase, fashion and live music events, a vintage travel trailer exhibition, and more. That, along with numerous parties, is enough to keep anyone busy.

“I personally love Sunnylands,” says agent Susan Pekich. “The compound was designed by A. Quincy Jones, and it's been a favorite retreat of world leader, including the President, who just stayed there. I also really like The Kaufman House, which was done originally by Neutra and redone by Marmol Radziner.”

“As a result of its year-round temperate weather affording the incorporation of the outdoors in to the indoors, Palm Springs is considered ‘mecca’ for many a modernist architecture enthusiasts,” notes Billy Rose, President and Co-founder of The Agency.

“Some of the most luminous of the mid-century masters’ works are concentrated in the desert," says Rose. "Among them are John Lautner’s ‘Elrod House’ (featured in the 1971 James Bond film Diamonds are Forever; a personal favorite of mine), as well as the impressive home Lautner designed for comedian Bob Hope and his family; Richard Neutra’s ‘Kaufmann House’; and many others designed by the likes of Craig Elwood, William Krisel, Dan Palmer, Donald Wexler, Albert Frey, A. Quincy Jones, E. Stewart Williams and William Cody.”

These include a number of specially commissioned homes for Hollywood’s brightest stars, unique civic structures and preserved historic neighborhoods that capture the glamour and glory days of California’s mid-century lifestyles.

Palm Springs Valley is one of world's best concentrations of Modernist architecture, where you can find homes and buildings by talented 20th century greats such as Richard Neutra, John Lautner, Craig Elwood, Donald Wexler and Albert Frey. These include a number of specially commissioned homes for Hollywood's brightest stars, unique civic structures and preserved historic neighborhoods that capture the glamour and glory days of California's mid-century lifestyles.

View a selection of notable Palm Springs homes below: