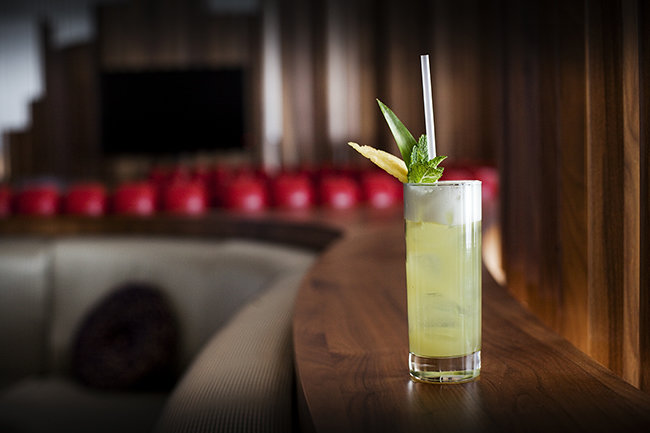 Does a quinoa crunch wrap made with veggies, edamame hummus, and a black rice and bean salad taste as good on land as it does in the air? That’s for you to decide, right after you raise a “detox mocktail” to airlines that are adopting veggie-focused plates in an effort to support travelers who strive to maintain a healthy lifestyle.

Beginning earlier this year, passengers on transcontinental Delta flights between JFK in New York and Los Angeles, San Francisco, and Seattle, can now enjoy healthier fare thanks to a partnership with Luvo, a company that makes low-calorie frozen meals. The news came just after Virgin Atlantic introduced a detox beverage to its onboard customers. Called “The Jump Start Jetsetter,” it’s packed with hydrating and immune-boosting ingredients like coconut water, ginger, and mint (available to Upper Class cabins).

And it's not just individual airlines that are striving to attract health-minded travelers. Airports as a whole are increasing the percentage of restaurants that offer healthy entrees. As the country’s fourth busiest airport, the Dallas/Fort Worth (DFW) International Airport is aiming to be the “World’s Healthiest Airport”. Under their new marketing campaign, "Eat Healthy at DFW”, the hub’s concessionaires must each offer at least one low-calorie, low-fat, low-sodium, cholesterol-free, plant-based, or high-in-fiber entree or menu item.

“Our concessionaires are excited about ramping up their offerings to include gourmet, fresh, and even organic selections, and our passengers are excited to know they can avoid diet ‘turbulence’ when traveling through DFW,” commented Ken Buchannan, executive vice president of revenue and management at DFW airport.

Of course, our very own Los Angeles International Airport is already ahead of the pack in terms of its restaurants offering healthy dishes, tying for third place with 83% based on a ranking by the nonprofit Physicians Committee for Responsible Medicine. Yet you should fasten your seat belts for a further climb in the rankings, since that study was conducted before the newly-expanded Tom Bradley International Terminal boasting 31 new eateries.