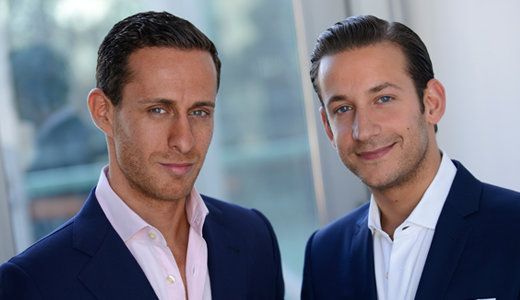 The Agency is proud to announce that top-producing agents David Parnes and James Harris have joined The Agency team. Along with their assistant/junior agent, Lindsay Guttman, they will work out of The Agency’s flagship Beverly Hills office.

"We're super excited to have a such a talented pair of agents join our team,” says Mauricio Umansky, CEO and Co-founder of The Agency. “James and David are great guys, and their energy is contagious. We’re thrilled to work with them."

Billy Rose, President and Co-founder, comments: “James and David are two of the classiest and most connected agents in town. They are tireless hustlers, and I’m inspired by the passion and energy they bring to our office. It’s a huge get to have them in our corner.” 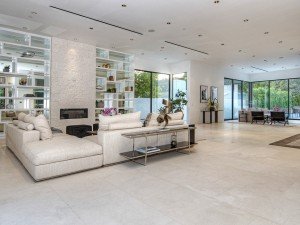 Sophistication In The Bird Streets: 1535 N. Doheny Drive is a stunning and sleek new listing of David Parnes and James Harris.
» View Home[/caption]

Both David and James are originally from London, though they have been in Los Angeles for more than 5 years and specialize in high-end residential real estate and investment properties throughout The Hollywood Hills, Beverly Hills, Bel Air, Pacific Palisades, Malibu, Brentwood and The Greater Los Angeles region. They formed Bond Street Partners together in 2011, and their gross sales for 2013 alone exceed $120 million, with another $150 million in escrow. They were recently named among “Hollywood’s Top 25 Real Estate Agents” by The Hollywood Reporter.

“We are so happy to have joined The Agency,” say James Harris and David Parnes. “Our network of clientele, both international and domestic, is thrilled for us to be part of such a powerful and respected brand. We are excited to grow with the company and be a part of a team that has the wealth of knowledge and information that cannot be found anywhere else.”

In addition to residential sales, David and James have experience with investment and commercial properties, including last year’s sale of 8436-8452 Melrose Place, a significant commercial building that is home to Oscar De La Renta, Chloe and The Row, among others. They rely on a wide client base and in-depth international experience, obtained from years of working with buyers, sellers and investors from all across the globe. They also take an extremely collaborative and client-focused approach, which fits in well with the team strategies taken by The Agency.

The move reunites them with Santiago Arana, a friend and former colleague who had this to say:

"I think that James and David are a couple of very, very hardworking agents. They earn their respect and position in the market share based on how hard they work and how driven they are. They have done a tremendous amount in a very short period of time. I'm good friends with them, and I know they’re going to be some of the biggest agents in LA."