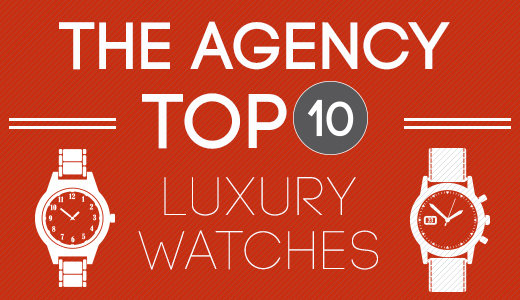 The best luxury watches offer unparalleled design, complication and beauty – and they usually come with a hefty price tag that matches the prestige. Here are 10 of our favorites.

Since 1839, this Geneva-based company has been celebrated for its rare, complicated and super-exclusive timepieces. For true luxury, look no further than The Sky Moon. This watch, with an extremely refined tourbillon, is so rare that only three are produced each year, and they normally sell at auction for around $1.3 million. 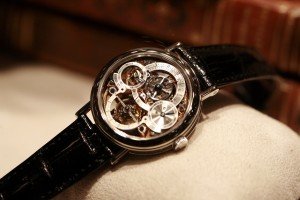 Speaking of tourbillons, Breguet is known as the father of the tourbillon, and their watches have graced such historical personages as Marie Antoinette and Napoleon Bonaparte. La Tradition Fusee is one of their most exquisite models, featuring a silicon balance wheel and using a chain-and-fusee transmission system not often found in wristwatches.

Founded in 1875 in a small village in the heart of the Swiss Jura, Audemars Piguet has become synonymous with luxury watches. From the first Grande Complication pocket watch crafted in 1882, to current models such as the Royal Oak, the company continues to produce some of the world’s most noble timepieces. They run about $700,000.

Hublot is a young upstart compared to the other brands on this list. Founded in 1980 in Switzerland by Maksim Kuts, its success is largely due to the fact that it has broken every watch convention out there. Despite that, they’ve stayed true to a good watch’s principles: precision, quality and elegance combined in a single timepiece. 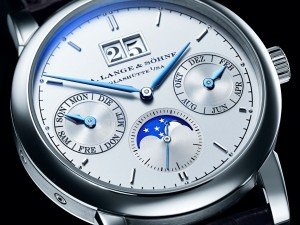 A. Lange & Sohne has swiftly built a reputation as one of the world’s preeminent watch manufacturers. The limited model Tourbograph features an immaculate tourbillon coupled with a split-second chronograph capable of measuring one-sixteenth of a second. It retails for $500,000.

The most recognized name in luxury watches around the world, we would be remiss if we didn’t mention Rolex. While watch snobs often prefer other brands, there’s no denying that this company has turned out incredible work over the years. Our agents like the Rolex Oyster Perpetual Cosmograph Daytona Watches with 18K Everose pink gold.

As the purported creator of the first wristwatch, “the Santos de Cartier by Louis Cartier,” the brand has an undeniable legacy. The prestigious French house is responsible for creating such models such as the Tank Americaine, Ronde Louis Cartier and the Must de Cartier. More recently, they unveiled a “flying tourbillon,” which turns once on its own axis every 60 seconds and appears to be floating completely free in space. 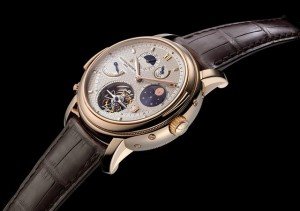 No luxury watch brand has embraced female wristwatches in recent years as well as Vacheron Constantin. The Metiers d'Art Florilege collection embodies the brand’s creativity and craftsmanship: this three-watch collection pays tribute to 19th Century English botanical illustrations and elegantly combines the artistic crafts of enameling, guillochage and gem-setting. These range from about $150,000 to over $1 million.

Catering for those who appreciate a no-frill design and perfect performance, the popularity of IWC has skyrocketed in the last 10 years. It’s sort of like the Apple of the watch world. Originally founded by an American engineer Florentine Ariosto Jones, the company today is based in Schaffhausen, Switzerland. The Da Vinci and Top Gun models are quite popular.

The Italians know a thing or two about luxury and La Dolce Vita. In 1860, Govanni Panerai opened his first watch store in Florence, which also served as a workshop and became the city’s first watchmaking school. It has created precise, coveted watches and instruments for the Royal Italian Navy in addition to collectors and connoisseurs all over the world.