Bloomberg Reveals The Most Expensive Cars Of 2014 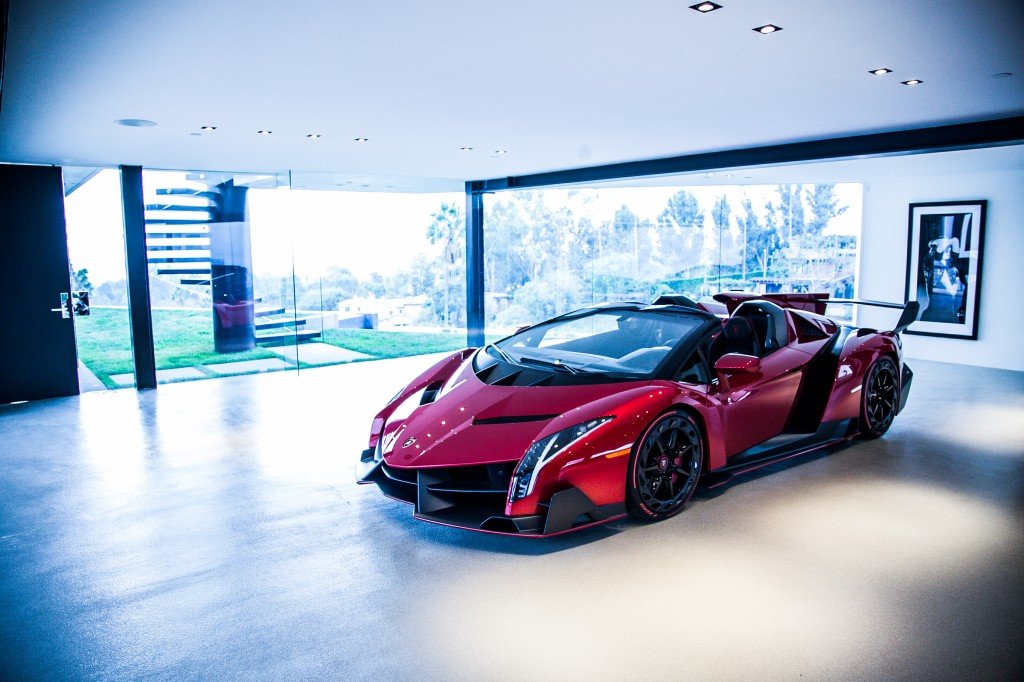 With a starting price of $4.5 million, the Lamborghini Veneno Roadster has earned the claim “Most Expensive Car of 2014,” according to a recent Bloomberg report. Capable of reaching 0-to-60 in 2.8 seconds and a top speed of 221 mph, this Italian-made beauty is as limited as it gets, with only 9 in production worldwide, one of which was featured last year at an extraordinary listing of ours in Beverly Hills.

In November, The Agency partnered with Lamborghini to offer an open house experience like no other. Guests had the exclusive opportunity to tour the breathtaking home at 1201 Laurel Way  and view the Lamborghini parked inside the glass-encased car museum.

No stranger to partnering with sophisticated tastemakers and brands, The Agency warmly welcomed the stunning automobile into the $36 million design-centric home. Having earned the nickname “the Jewel Box” for its bounty of glass elements, 1201 Laurel Way also boasted unprecedented architectural elements like a moat wrapping around the property. For potential buyers, this was another way to showcase the lifestyle that comes with owning such a stately piece of Los Angeles.