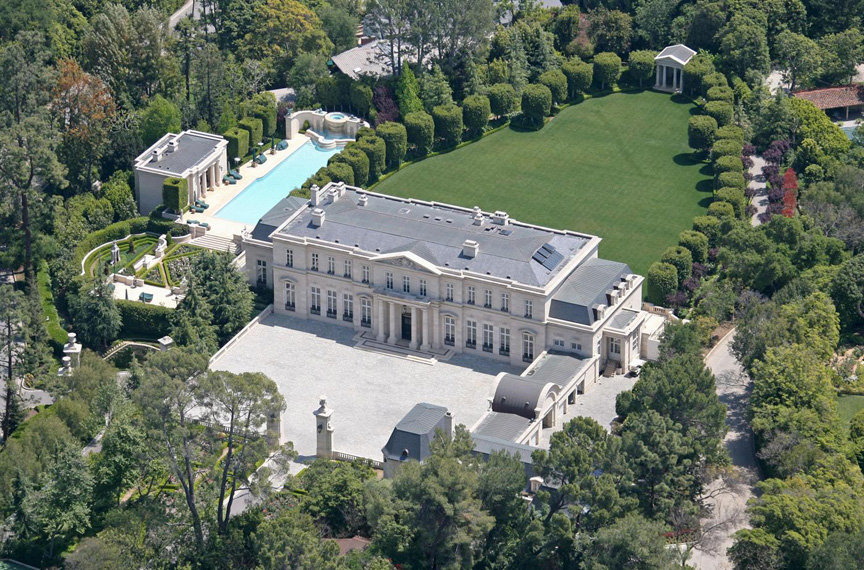 The palatial, 5-acre trophy estate of Fleur de Lys sold last week for $102 million, making it the highest-priced home sale ever recorded in Los Angeles County. Three billionaires, at least one from China and one from England, engaged in a bidding war for the Holmby Hills home, the winner closing in 10 days, all-cash, which includes the luxurious antique furnishings.

It is unsure who exactly the buyer is, but according to the LA Times, the taxes will be mailed to The Milken Institute in Santa Monica, the nonpartisan think tank chaired by businessman and philanthropist Michael Milken.

The 50,000-sq. ft. home was sold by owner Suzanne Saperstein, who had the mansion custom built in 2002 with her then husband, David Saperstein. She first listed property in 2007. Stretching between Carolwood and Angelo drives, the compound is reached through wrought-iron gates that open to a 600-foot-long tree-lined driveway and cobblestone motor court.

Inspired by a palace outside Paris – Vaux-le-Vicomte – Fleur de Lys is surrounded by formal gardens, mature trees, walking paths and a massive lawn. The grounds feature two motor courts, a resort-style swimming pool and spa complex, and a tennis court. The sumptuous interior spaces include a ballroom for parties of 500, a two-story library, home theater, music room, 12 bedrooms and 15 bathrooms, and a stunning 3,000 sq. ft. wine cellar and tasting room. 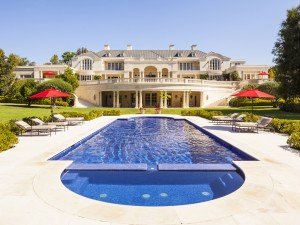 The Carolwood Estate: Listed with The Agency's Jay Harris and Mauricio Umansky, the former Walt Disney property is one of the most expensive homes for sale in the US.[/caption]

The sale of Fleur de Lys is  representative of the magnitudinal shift in LA real estate prices over the last couple years. Los Angeles still seems like a bargain compared with other major cities – particularly to foreign buyers, who often search out these mega-estates and only have so many from which to choose. At The Agency, 438 Faring Road, also in Holmby Hills, just made news as the highest-priced spec home in Los Angeles. The home at 55 Hartford Way, in the Golden Triangle of Beverly Hills, is listed at $55 million. And The Carolwood Estate, formerly the Walt Disney property, is listed at $90 million. Prices in these premier Westside neighborhoods are on the upswing, and demand will only drive them higher in the coming year.

See more photos of Fleur de Lys in the gallery below.