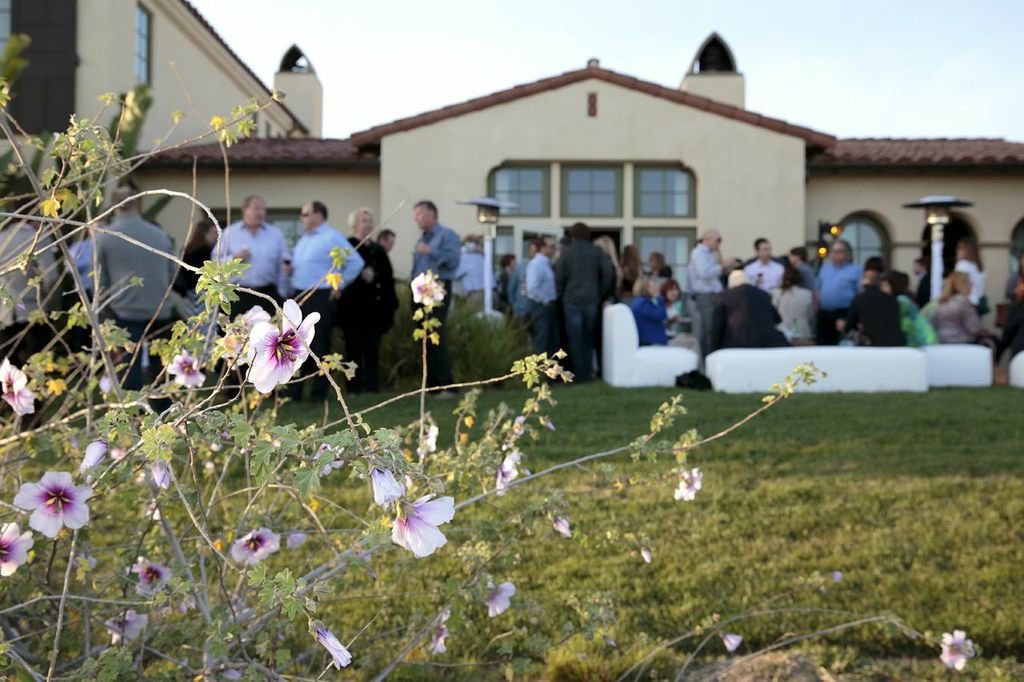 With gracious outdoor and indoor living spaces and sweeping views overlooking the Pacific, the oceanfront vacation homes at Terranea on the Palos Verdes Peninsula offer a dramatic setting for entertaining guests on a beautiful Spring evening, and last week, one of the Ocean Golf Villas at Terranea did just that as over 100 top influencers from all over Los Angeles came together to celebrate the launch of Moon Tide Media's latest issue of Southbay HOME magazine. 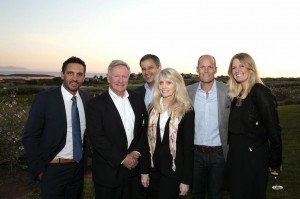 An entry-way fireplace and courtyard welcomed guests into the 3-bedroom villa, which, in no time at all, became packed with lively chatter as the sun began to set. People mingled over food served by the talented and inventive culinary team at Terranea, with wine courtesy of Uncorked Wine Shop, Hermosa Beach’s neighborhood tasting room. Live music played while gatherings took place throughout the kitchen, dining and living room before spilling outside. Thanks to Choura Events, the outdoor space was transformed into an extension of the home, its comfortable seating and full bar service creating the epitome of a relaxing ambience.

The “Make Terranea Your Own" event, hosted by the Terranea Owners Club, included a toast by Moon Tide’s Managing Partner Charlie Koones, who spoke of how truly special Terranea is for those who call this sanctuary their own. Ted Lennon, SVP Terranea Real Estate, talked about the privilege of owning at Terranea before introducing The Agency’s CEO and Co-Founder, Mauricio Umansky. As someone who has visited the resort on several occasions, Mauricio recalled to the crowd his very first time experiencing Terranea, saying: “It was like discovering a hidden treasure." He then expressed how thrilled he is for The Agency to be partnering with the real estate team at Terranea. 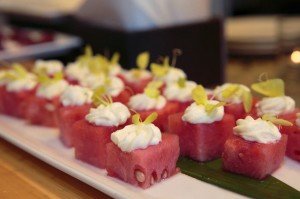 During the event, guests took the opportunity to tour the entire home, including the guest bedrooms and master bedroom featuring an exceptional master bath and sitting rooms off the front courtyard. One could then follow steps that lead to the villa’s second-floor in-law suite, one of the special features that make owning a vacation villa at Terranea a true luxury for now and generations to come.

You can learn more about becoming one of the privileged few who own at Terranea by visiting TerraneaRealEstate.com.