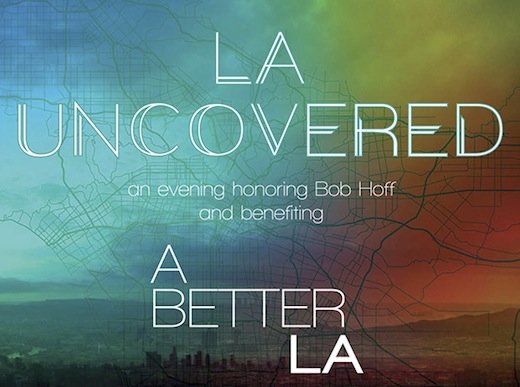 On June 5, A Better LA will be hosting its annual benefit, “LA Uncovered,” at the Siren Studios Cube in Hollywood. Founded in 2003 by Seattle Seahawks football coach, Pete Carroll, A Better LA is a non-profit organization dedicated to supporting community-based solutions to restore peace, save lives, and better the lives of Angelenos in the inner city. A number of high-profile philanthropists are on the board, including The Agency’s CEO and Co-Founder Mauricio Umansky.

Aquil Basheer, the non-profit’s new Executive Director, is recognized as one of the country’s most premier public safety and violence elimination professionals. For more than 40 years he has served in the inner city as a gang intervention and prevention practitioner. Mr. Basheer recently spoke to The Agency about his experiences and the future direction of A Better LA.

You have a long history with A Better LA. How did you first become involved?

Aquil Basheer: I’d been working for years in comprehensive community gang intervention. Pete Carroll reached out to me 11, 12 years ago when ABLA was in its formative stage. He’d been asking around, especially to the LAPD, looking for someone with true street credibility. My team, we’re extremely specialized gang intervention experts, but we’re also well versed in all violence prevention. We’d built up that credibility. 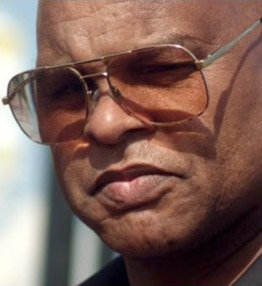 What are some of your biggest priorities, now that you’re Executive Director of ABLA?

AB: When you just think about gang violence by itself, you have to also remember that you have a much bigger purpose, which is community restoration. The world of violence is like real estate, it goes up and down. What you really need is better medical care, people like us on the street putting in the work; you really need to restore the whole community.

Normally in this role [ED], you’ll have someone versed in the corporate structure. I know how to do that, but most people don’t know me in that role. They know me for my street presence. There was a reason the Board of Directors chose to put someone who has hardcore street cred as the face of ABLA.

Violence is the first prong. Stop the bloodshed and create a community where the reduction of fear allows people to grow. Then you have to go in there and create systems and instruments to help them not use violence. Third, you have to build the templates: something replicable, that’s cause-driven, not people-driven, which can stand on its own without you there. Lastly, you’ve got to build a community of peacekeepers, stakeholders, volunteers who will maintain that community.

I want to move ABLA into those other three spheres. Continuing to stop the violence, yes, but also ensuring those other steps happen to make the communities better and viable.

Homicide rates in this city are the lowest they’ve been in 40 years. How much of that would you attribute to programs like ABLA that combat gang violence?

AB: A lot. These programs are what make it happen – that and our work with officials in the public safety system. And we can’t do it without the right funding. It wasn’t until the mid-90s that these programs really started to get funded, when city leaders saw the effects they had on gang violence. That’s why benefits like “LA Uncovered” are so important, and everyone who donates and gets involved. 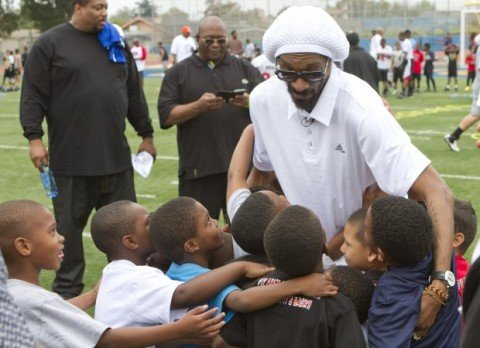 How important are ex-gang members to A Better LA? How do you get them to train and join the organization as interventionists?

AB: Ex-gang members still make up the bulk of our classes. Our goal was to create a regional model, where we had adversarial neighborhoods that could hook up under a pretext of working together as professional peacekeepers, so that the peace wasn’t isolated to small zones. In our first class we had about 16 warring neighborhoods. That first day you could cut the tension with a knife. But we knew if we could get them in there, sitting down, listening to a different dictate than they’re used to, we could get a dialogue going.

We had success in graduating some 93% of them. For the next class of 45, we had a waitlist of over 175. They’re eating together, working together, solving situational issues together. It’s hard to sit in an 18-week program and then go back out and suddenly be adversaries again. Now they know each other, and they have the organization’s backing and new alliances. Watts, the West Side, South Central – all these communities suddenly working together. We have a roughly 87-91 percent retention rate. And they all come in by word of mouth; they want to, they’re usually recommended by people on the street who know they’re ready for it. 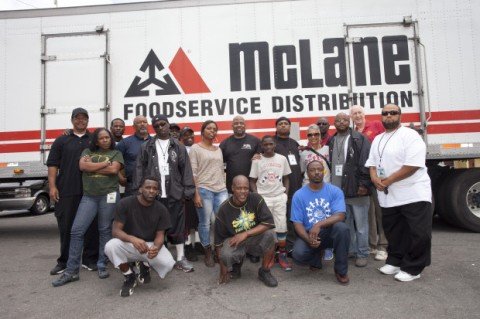 You’ve worked in the inner city for over 40 years. How did you personally first get involved as an interventionist?

AB: I started in the work of intervention in 1969. I was a product of the justice movement of the time, and I was part of the most hardened militant organizations and constructive social justice societies. As part of that, we were doing hardcore peacekeeping. We actually invented the term “gang intervention” or “community intervention” back then.

There was a small core of us, but over the years, many of the leaders were either in jail or dead or retired. I was fortunate. My father was the first African American firefighter in LA, and I had a group of extremely wise elders to keep me out of the prison industrial complex. Those of us who could, we had to stick with it, build credibility, for the younger gang members.

You have a book coming out soon, “Peace In the Hood.” Can you tell us something about it?

AB: It’s in the final printing stages. I had to write it, because you’ve had so many non-practitioners trying to fix things. After 1992, our cause started to get more government and municipal attention and people started putting real resources behind it. Then everyone suddenly started claiming expertise, and most of these people had never done the work, never been on the streets, and didn’t know anything about the culture itself. I felt somebody really had to lay out what the work is, what they dynamics are, how to get to the solution. That was the main reason I wrote the book. Each of the chapters opens up with a specific story, and then we break down a scientific approach of how 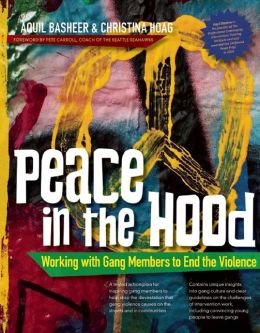 we deal with it and what the real solution would be.

Are you looking forward to “LA Uncovered?”

AB: Definitely. And I’m looking forward to establishing to past supporters and future supporters that ABLA has taken a new and different direction. A Better LA should be a standard-bearer of what this work really looks like throughout the nation. They have all the right components now to really get that in place.

What can people reading this do to help?

AB: If they reinvest, I want to make it clear that the investment will not be a mundane investment. They’ll be reinvesting in a new direction, a new vision. I’m not just talking about investing economically either, but also being there when you can, helping at food banks, volunteering at events.

Who’s your favorite NFL team? We’re kidding, you don’t have to answer that.

AB: The Seahawks are great. I’ve had the privilege of meeting these guys, hanging out with them, and we all know: for Pete it’s not about win, win, win. It’s about the players seeing the greatness in themselves.

We’re doing the same thing with all our operators at ABLA. I play the role of making sure all of our guys on the ground become more professionalized, that they become standard-bearers and are proud of what they’re doing. We’re creating a whole new polished, professional group of community experts and peacekeepers. And we’re doing the same thing to the organization. My goal is to raise them both.