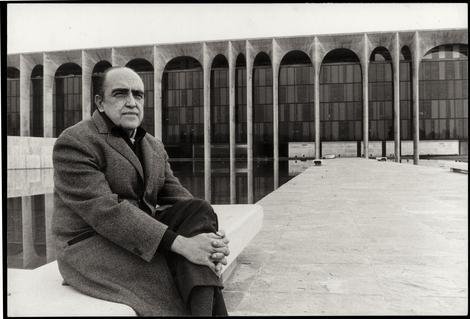 In celebration of the 2014 FIFA World Cup beginning this week in Brazil, we wanted to shine a spotlight on one of Brazil’s most influential architects, Oscar Niemeyer.

Niemeyer was born in Rio de Janeiro and was one of the key figures in the evolution of modern architecture. Throughout the 1940s and 1950s, he became one of the country’s most prolific and respected architects, working both in his native Brazil and overseas. This included a collaboration with Le Corbusier (and others) on the United Nations Headquarters in New York, which resulted in invitations to teach at Yale University and the Harvard Graduate School of Design. By the end of his nearly 80-year career, Niemeyer had designed approximately 600 projects. The visionary architect died in Rio de Janeiro on December 5, 2012, a mere ten days short of his 105th birthday.

In particular, we are taken by a couple of Niemeyer’s museums – including the Niterói Contemporary Art Museum and the Oscar Niemeyer Museum.

The Niterói Museum, completed in 1996,is situated in the city of Niterói within Rio de Janeiro. It is a concrete structure 52 feet high, with a large cupola that houses three floors. The museum stands over Boa Viagem (“Bon Voyage”) a (8,790 sq ft) reflecting pool that surrounds the cylindrical base of the museum “like a flower” (Niemeyer’s words). The overall appearance of the saucer-shaped modernist structure has been likened more often than not to a UFO. It is set on a cliffside above a beach, looking almost like it just descended from outer space.

Another striking museum, named after the architect himself, is located in the city of Curitiba, in the state of Paraná, Brazil. The Niemeyer Museum focuses on the visual arts, architecture and design, and it incorporates many of the architect’s signature 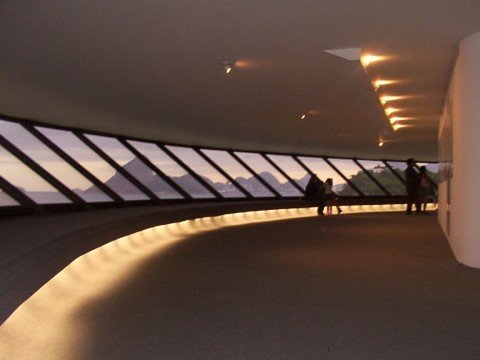 “Niemeyer’s work is as relevant and cutting-edge today as it was some 70 years ago, and you can see his influence on many of the sculptural architects 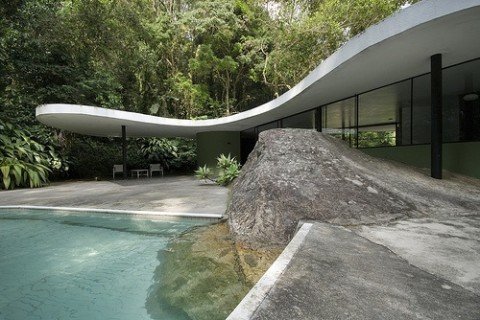 of today,” says Billy Rose, President and Co-founder of The Agency. “Sometime following his design of the United Nations building, Niemeyer was further denied entry to the United States due to his political leanings. Consequently, although it appeared that his work might have proliferated in the States as well, Niemeyer is, unfortunately, represented with only one other work in the U.S. – the “Strick House” on La Mesa Drive in Santa Monica (which was landmarked by the City of Santa Monica).”