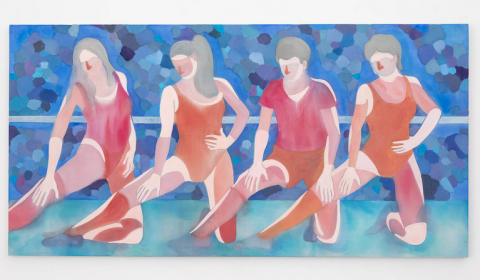 This year’s “Made in L.A.” biennial, a show that aims to highlight the work of underexposed or emerging Los Angeles artists, will be held exclusively at The Hammer Museum. Each and every gallery space will showcase either new painting, installation, video, sculpture, photography or performance—and at no cost, we might add, to visitors. 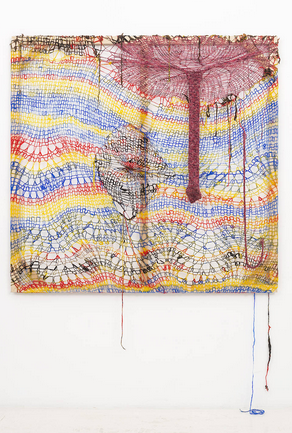 For opening night on Sunday, June 15, you can follow Connie Butler, Hammer chief curator, and independent curator Michael Ned Holte, co-curators of Made in L.A. 2014, as they host a walkthrough of the entire exhibition at 2:00 p.m. and again at 2:45p.m. The duo visited more than 200 artists’ studios and art exhibitions over a year and half in order to whittle their final list to 35.

"The representation of collaborative projects in the show reflects the large number of artists in Los Angeles working collaboratively or collectively," Holte said to The Los Angeles Times. "There's a history of that in L.A., but it's reaching a sort of critical mass."

Among the line-up are emerging artists Marina Pinsky and Devin Kenny; AM radio station KCHUNG; and more widely known artists who include Gabriel Kuri, Wu Tsang and Judy Fiskin.

One intriguing exhibit would have to be artist Mariah Garnett’s 20-minute debut video Full Burn, in which former members of the military seek out “Hollywood danger” as stunt men after having experienced real, wartime danger. She had been on set one day when she met a stunt man who had formerly been a Special Forces operative in Iraq and was inspired to seek out more individuals who had made the same career choice.

For more on the upcoming exhibition, watch the sneak peek trailer here.