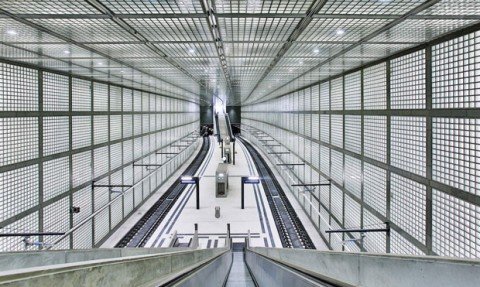 “All functions such as seating, timetables and ticket machines have, in a sense, been subtracted from or carved out of the concrete cubes,” Dudler has said. "The seemingly endless repetition of the same element in the course of the slightly curved, light-filled hall increases the sensation of the dimensions of this already large structure.”

The metal grid formation of the Wilhelm-Leuschner-Platz station is stunning; its backlit glass blocks are sure to make an impression, and all the station's furnishings are arranged as geometrical concrete sculptures. If you're in Leipzig, we recommend taking the subway.