There’s hardly any real estate as grandiose as an NFL stadium, especially when football season is in full swing and the place is packed with 80,000 eager fans. From historic venues like Lambeau Field to new hi-tech stadiums such as Levi’s Stadium, there are a wide range of football fields out there. Here are The Agency’s personal favorites.

The loudest stadium in the NFL is also home to the reigning Super Bowl Champions, the Seattle Seahawks. The impressive $360-million facility features one of the best skyline views of any sports venue, along with picturesque views of Mount Rainier. The roof provides protection from the rain to about 70 percent of the stadium’s 72,000 seats. The food options are pretty great too, from Pacific salmon BLTs and Dungeness crab cakes to fresh Thai food and Mongolian grill. 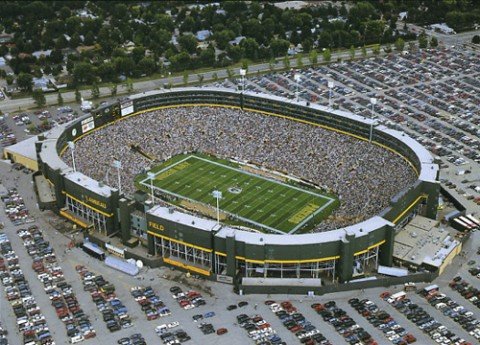 The home of the Green Bay Packers had $295 million worth of work in 2003 and has arguably the most historical significance than any other stadium in NFL...Vince Lombardi, Bart Starr, Curly Lambeau… many of the biggest names in NFL history have played and coached on this field. The stadium, located in Green Bay, WI, can fit more than 73,000 cheeseheads.

At a cost of $1.2 billion, the home of the Dallas Cowboys is one of the most luxurious stadiums in the NFL, hands down. This huge, futuristic-looking structure can seat up to 100,000 people, and with the roof placed on top, it resembles something like a gigantic UFO. Cowboys fans are very proud of this place.

Another football stadium that oozes history, Soldier Field is home of Mike Ditka and The Chicago Bears. Iconic pillars flank both sides of the venue and were kept intact for the stadium's reconstruction. Surprisingly, the modern design of the stadium works very well with the old pillars, memorabilia and statues. Built in the 1920s, the Field serves as a memorial to fallen Americans soldiers. 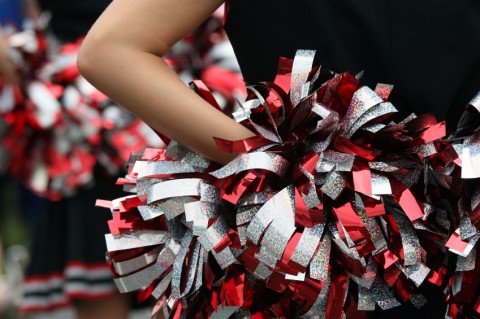 Levi's Stadium is a brand spanking new field in Santa Clara, California, and the current home of the San Francisco 49ers, who moved there this year from historic Candlestick Park. The stadium has a seating capacity of 68,500, a natural grass field, and is very Silicon Valley influenced – it was designed by HNTB, a renowned architectural firm, with the intent to create a multi-purpose venue with interactive fan experiences and green technology. Levi's Stadium is scheduled to host Super Bowl 50 in 2016. It will also serve as the site of the Pac-12 Football Championship Game for at least three years, beginning in 2014.

With an excellent layout, this stadium is built so that even the people sitting in the upper rows have a great view of the game. “The Meadowlands” is a historic stadium that is home to both the NY Jets and the NY Giants; as such, the whole stadium goes from being Jet green to Giant blue week in and week out. It’s also the largest stadium in the NFL by permanent seating capacity.

One of the more iconic newer NFL stadiums, the Superdome opened in 1975 and is home to the New Orleans Saints. Built by Curtis and Davis Associated, a modern architecture firm, the multi-purpose stadium seats 76,000 plus fans for its football games. New Orleans fans also come here to see Hornets' basketball games and Zephyrs' baseball games. 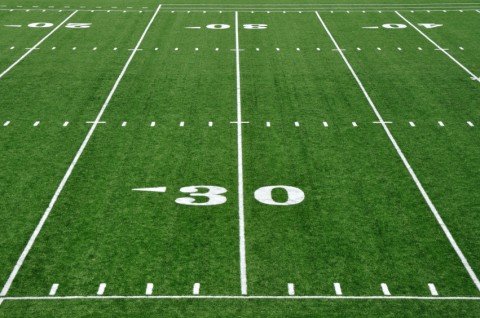 It’s hard not to see Lincoln Field when driving into and out of Philly – it’s right off the freeway. With a fan friendly design that offers excellent tail-gaiting and public spaces inside and out, this stadium is home to the Philadelphia Eagles and their many energetic fans. Plus, there’s a great timeline display of the team's history.

Another East Coaster, Heinz Field is located on the scenic banks of the Ohio River in a truly beautiful setting. The Pittsburg Stealers used to play home games at Three River Stadium, which was demolished in 2001. This new stadium seats 65,050 people, and since it’s configured in the shape of a horseshoe, the south side is wide open to the river, a very-cool scoreboard display, and excellent views.

The home the Indianapolis Colts was built in 2008, and the impressive brick building leads right into downtown Indianapolis with its many bars, restaurants, and social hubs. One of the louder stadiums in the NFL, especially with the roof shut, there’s even a huge sliding glass window-wall that provides a spectacular view of the city. Plus, with over 350 kiosks of food and beer, you won’t have to wait very long in line for refreshments.