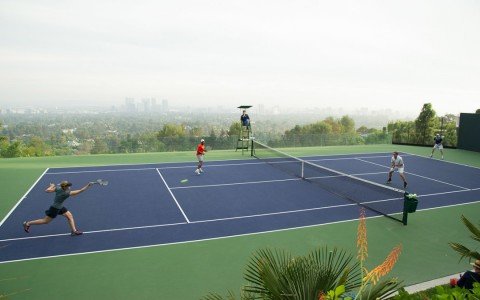 The Agency is proud to be sponsoring the MAK Games, which will be held on Sunday, October 12, at the Sheats/Goldstein house, an example of American Organic Architecture in Beverly Crest designed and built by architect John Lautner.

“Players will step onto an infinity court — meaning it seems to just drop off the canyon, designed by Duncan Nicholson, who worked with Lautner until he died,” writes the MAK Center. “Last year, Grammy-winning musician Brian Burton (Danger Mouse) and Oscar-winning screenwriter Stephen Gaghan played hard to win the MAK Cup. This year, they will return to the MAK Games to defend their title against challengers from the worlds of art, architecture, and entertainment. Competition will be fierce.” 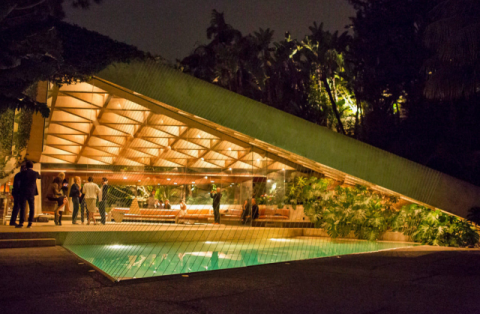 The house, located on a shelf above Benedict Canyon, is composed of two large one-story triangles placed point to point. Guests are free to tour the landmark modern architecture, enjoy cocktails and BBQ, and tour the newly constructed night club —“Club James," below the tennis court.

“We couldn’t be more thrilled to partner with the MAK Center for the MAK Games! The MAK Center has long been a steadfast supporter and advocate of mid-century modernist architecture, in general, and the work of Rudolf Schindler, in particular," says The Agency’s President and Co-founder Billy Rose. "The Agency appreciates and understands the value of architecture by such mid-century modernist masters as Schindler, Richard Neutra and John Lautner, and we believe that the preservation and stewardship of such works is essential." "The games will be a one-of-a-kind event featuring some great tennis at one of the most lauded pieces of architecture in the world," adds The Agency's Santiago Arana.

The tournament will benefit the MAK Center for Art and Architecture, a non-profit arts organization that presents contemporary art and architecture programming while stewarding three landmarks of modern architecture.

Join Billy, Santiago and other tennis enthusiasts for what is sure to be a memorable event. The semi-finals and final match are open to the public, but a ticket is required. Purchase one here. If you cannot attend the MAK Games, please become a friend and support the MAK Center. 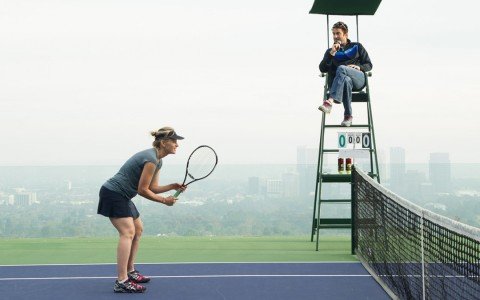