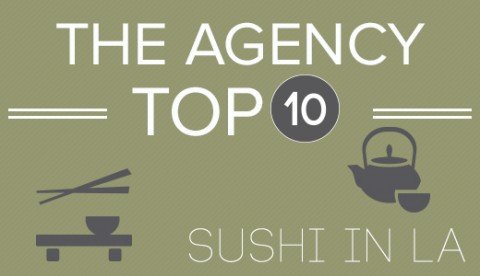 Angelenos swear by their sushi. Many of the top sushi chefs and restaurants in the country – if not the world – inhabit its various neighborhoods, many of them below the radar of the casual diner. Next time you’re in the mood for some extra special sashimi or omakase, here’s a sampling of 10 of The Agency’s favorite spots.

There are only a handful of tables and 12 bar seats here, so if you come during rush hour, expect a wait. Sushi Park is a respite from the hubbub of the Sunset Strip, and chef Peter Park creates some of the finest sushi you’ll find anywhere. Each portion of rice is tailored to its accompanying protein, and every sauce is crafted to perfection.

The Head Sushi Chef at this Beverly Hills establishment, Ei, chooses only the highest-quality fish, direct from Japan, and it shows. Ask chefs around LA and many will tell you, Sasabune serves some of the best, affordable omakase in the business. 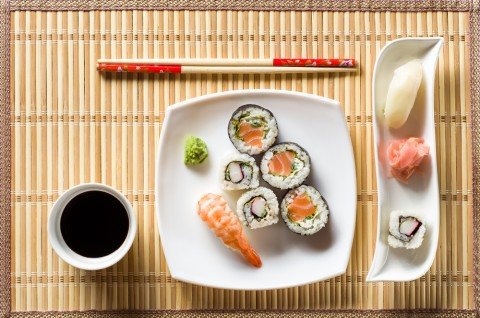 Izaka-ya offers a similar selection to another favorite, its parent restaurant Katsuya, but in a more cozy setting. The quality and freshness of the fish is apparent at first bite, and the energetic yet intimate atmosphere makes for a wonderful night out.

Chef Jiro has won fame for his establishment Sushi Roku, which has a few locations around the city, as well as in New York. Their sashimi, hand rolls and custom fish delicacies bring back customers again and again, many of whom call this their favorite sushi restaurant in LA.

In addition to serving excellent sushi, Kiwami in Studio City has an intimate feel to it – in fact, you’ll almost feel like you’re dining at home. The excellent hospitality is comforting, and there's an incredible omakase bar to boot. Be forewarned though – it often has a wait list of up to four months.

West Hollywood is lucky to have this sushi spot, run by fourth-generation sushi chef Hirotaka “Taka” Fujita. Try the yellowtail carpaccio with jalapeño, a dish from Fujita’s days at Nobu. We also recommend the sampling of nigiri: crunchy geoduck, for instance, or a crimson slab of mouthwatering, buttery toro.

Fish lovers regularly make a pilgrimage to Little Tokyo for this wonderful spot. Even with bargain prices, Sushi Gen still keeps up sensational quality, so arrive early if you want a table. You’ll enjoy extra-fresh salmon, snapper sashimi and much more. 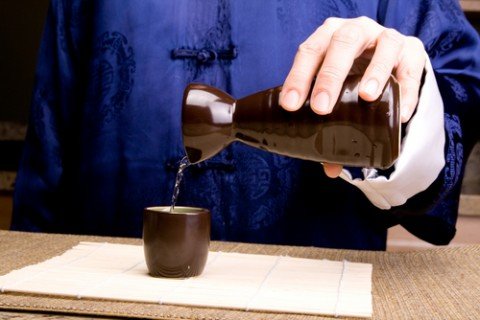 This one’s a hidden gem. The mundane name conceals this 18-year-old restaurant from the casual passersby on S. Beverly Drive, but you won’t want to miss it. Each slice of sashimi is curated to perfection, and you’ll enjoy your meal in a Zen-like spot where you’re sure to depart satisfied in both body and spirit.

Morihiro “Mori” Onodera is known around town for handcrafting everything from his custom-grown rice to his ceramic dishes, so it’s no wonder that his restaurant is among the best around. He passed the torch to another sushi chef in 2011, but his methods remain – this is a spot for sushi purists who appreciate simple, traditional dishes done to perfection.

Shigeru “Shige” Kudo opened on a gritty stretch near Westlake to avoid the tourists, and he’s been said to throw customers out for looking at their phone while eating. He may be old-school, but the rules are worth it. In exchange for treating this establishment with respect, you’ll be treated to a traditional selection of sushi (No California Rolls!) created according to Kudo’s super-high standards – a treat you're sure to remember for a long time.