The Agency Gives Charge To Battersea Power Station: A Global Relaunch for a London Powerhouse 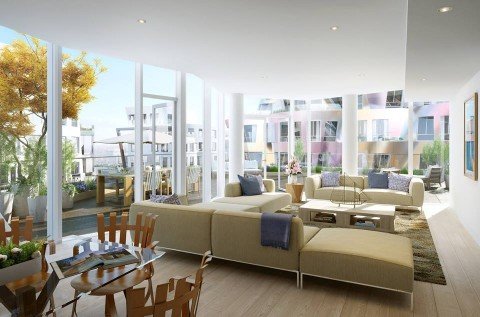 Among Sir Giles Gilbert Scott’s most notable creations was the archetypal red telephone box that has become a part of an iconic London aesthetic. Also widely celebrated is his design of the Battersea Power Station poised dramatically on the banks of the Thames river. The grand deco building, steel framed with brick facade and tenacious bronze doors, housed a coal-fired power plant that gave energy to south west London for more than two generations.

The landmark structure is a time capsule having stood through many significant historical events. The smoke from towering Battersea chimneys once provided a marker for pilots to navigate safely through world wars. It has also established its cultural significance in pop culture. Its industrial interior has been the backdrop for many artistic endeavors -- as Batman’s silhouette and cape fly past the wind turbines in The Dark Night, and the exterior lives on in Pink Floyd’s album cover Animals. Now, after 30 years of being inoperable, Battersea Power Station is coming to life once again.

Battersea Power Station is being reinvented as a 42-acre thoroughly mixed-use development, andThe Agency has the distinct privilege of representing this unprecedented project for sale. It is, without exception, the last central London development of this scale situated right on the Thames River and just a short walk across the bridge to the opulence of Chelsea neighborhoods. It will house 3,992 apartments, three hotels, more than 250 of the finest shops and restaurants, leisure facilities and a six-acre riverside park. It will have its own new tube station, to be built on a new extension of the Northern Line.

“A generator of culture and creativity” 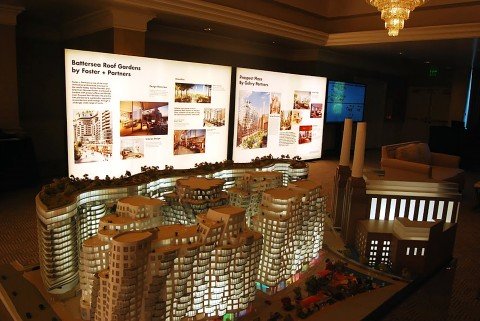 A detailed, full-scale model of the Battersea Power Station is prominently displayed at The Agency's office in Beverly Hills.[/caption]

Already, more than $2.8 billion worth of homes have been sold since they went on the market in January of 2013. Phase 1 saw more than 800 apartments sold within days, with people lined up well in advance to ensure they could purchase the home they desired. Following its launch in April, Phase 2 has only a handful of apartments remaining. 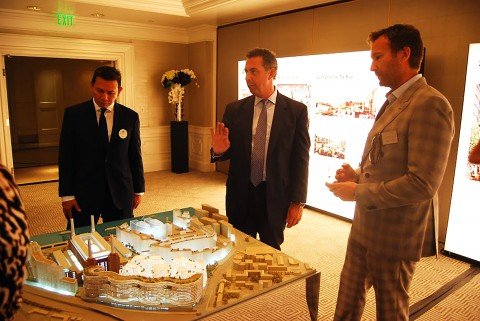 The Agency initiated the LA sales exhibition of Phase 3 of Battersea Power Station, arguably the world’s most significant mixed-used development.[/caption] 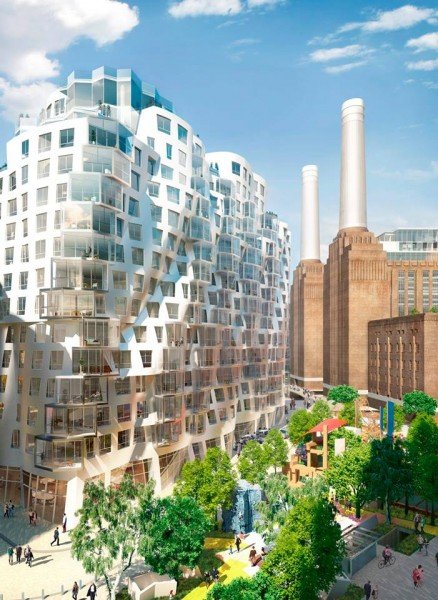 Among the notable buyers quick to purchase a home in this most coveted phase of the development include former Police frontman Sting and his wife Trudie Styler. Of the 539 apartments put up for sale in Phase 3, nearly half have been already purchased. But there are still several spectacular apartments available.

Just delivered to, and prominently displayed at, our headquarters in Beverly Hills is the detailed, full-scale model of the Battersea Power Station. We invite you to schedule an appointment with a representative of The Agency for a comprehensive presentation and to experience firsthand the grand scope of this unparalleled project. 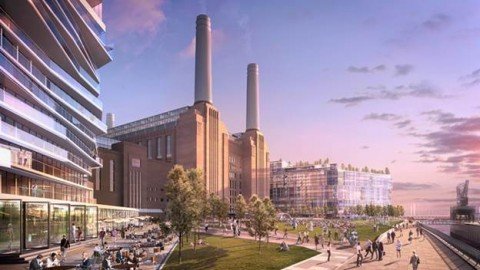