The LA Auto Show: The Future In Focus 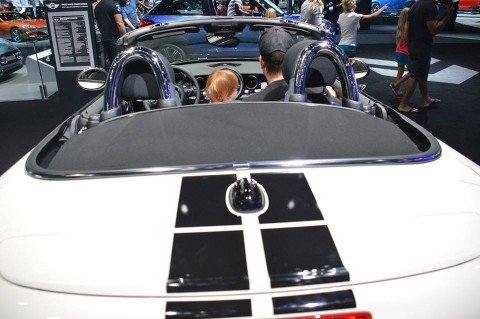 Auto enthusiasts showed up in packs to sip beer and look at powerful machines last week. The testosterone was palpable, offset with the elegance and sexy curves of the beautiful luxury vehicles, the 2014 LA Auto show made its debut. With top car manufacturers coming to reveal it all; some showed strength and performance, a few shared the super swanky, and a number boasted futuristic upgrades. Three of the star standout autos are German made, but it was the UK showing us what royal treatment really means. 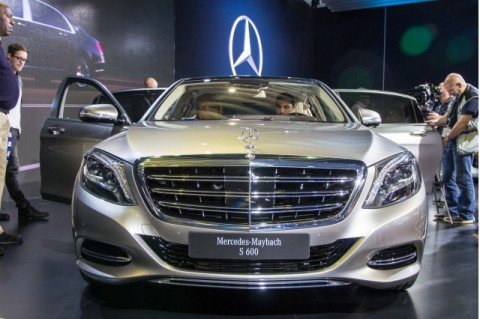 This car made it’s mark in the early 21st century, defining luxury on wheels, it became iconic through rap lyrics, synonymous with crystal pouring and rolli timepieces. It even featured its own crystal chandelier and window curtains. The Maybach is back and has turned into a sub brand for Mercedes, the S class being the first to get the signature stylings and upgrades. This Benz boosts 455 horsepower, a twin turbocharged 5.5 liter, and V-12 engine. Positioned as “the world’s quietest production saloon car”, with more leg room this is a car to be pulled around town in. The car also uses the first ever Steer Assist autonomous system as well as Pre-Safe accident avoidance elevating safety standards. 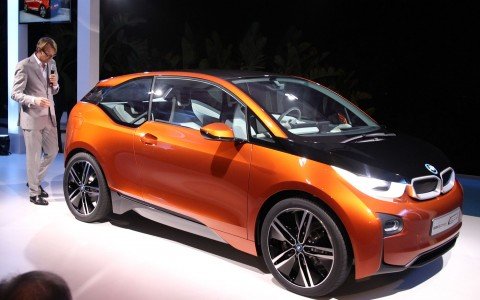 The first sight of the BMWi3 leaves one a bit confused; it looks like a Mars rover, likely not rugged enough to traverse rocky terrain, but sturdy as one quickly remembers they are aboard a German made machine. The headlights resemble sharp eyes peering at you, but the type of character you quickly fall in love with from a Pixar movie. The modest sized exterior reveals an unexpected interior. Sitting behind the wheel one enjoys a surprisingly spacious inside; a large dash with natural wood elements and the ultimate visibility, slim bucket seats made of canvas and tan leather, pronounced white stitching. This compact has 170 horsepower, gets up to 81 miles per charge, and is fully charged in approximately 3.5 hours. The attention to detail accentuates a scaled down luxury feel. 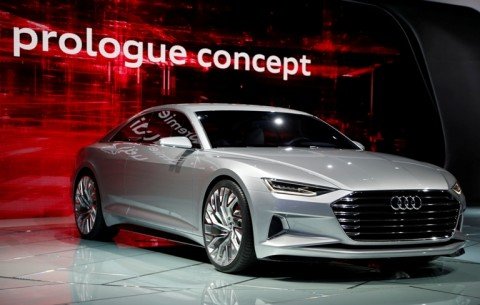 The most beautiful vessel at the show was the Audi concept deemed Prologue. Seems like a promising effort from Audi as it looks to shift to the number one spot. Aesthetically it is a beautiful mix of old and new, this two door coupe boosts some super impressive in-car technology as well. With an array of touch screen displays and a “virtual butler”, the car syncs with one’s smartphone to automatically tailor their seating, climate and music preferences.  597bhp 4-litre petrol V8 feeds its Quattro all-wheel-drive system.

A grand entrance, positioned at the front of the auto show, the new Bentley Grand is a striking blue two door drop top. Story has it that the “sequin blue” color was inspired by an early patrons request for something to match her cocktail dress. The tan leather interior is accented with the same blue stitching as the exterior. Hand-finished burr walnut wood and thin chrome strips create a dramatic look for the tonneau (covers the convertible roof when folded away). The specs; 6.8-liter engine, 530 horsepower and, even more importantly for a car this size, an amazing 811 foot pounds of torque, and despite its size and dramatic swooping fenders it still maintains an aura of elegance. After receiving praise from the unveiling as a concept car Bentley has decided to make a very limited number for interested buyers.

Where were the Teslas?

That’s right, Tesla was a no show at the 2014 LA Auto show. Perhaps they have enough exposure at the moment as demand is outweighing supply with an 8 month backlog on orders.