Q&A With Herbert Kohler On The Historic Hamilton Grand In St. Andrews, Scotland 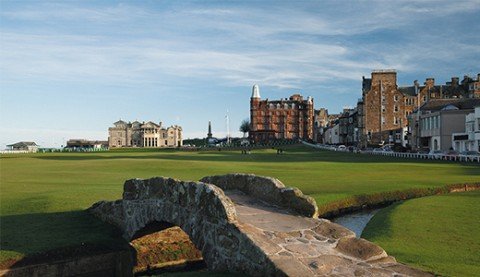 Hamilton Grand is one of the most photographed buildings in golf - a historic landmark nestled along the 18th hole of one of the oldest and most iconic golf courses in the world, the Old Course in St. Andrews, Scotland. Hamilton Grand offers a rare opportunity to own a home in the “home of golf”, featuring 26 golf and ocean-view residences situated beside the Royal and Ancient Golf Club. It offers homeowners access to the world’s best golf, an array of fine dining restaurants, personalized concierge service and the amenities of the renowned, five-star Old Course Hotel, Resort and Spa. They’ll also enjoy up-close access to the 2015 Open Championship when the tournament, featuring the world’s greatest golfers, makes its triumphant return to St. Andrews in July. 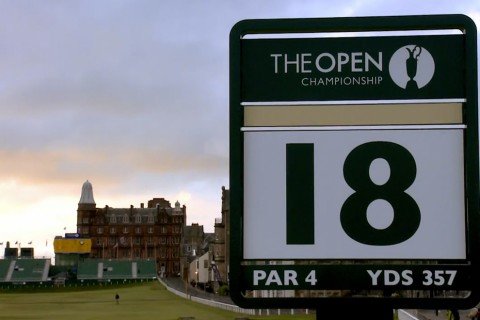 Chairman and CEO of Kohler Co., Herbert Kohler, generously lent his time for a Q&A about the property with The Agency’s Kathrin Nicholson, Director, Residential Estates.

How long have you been coming to St Andrews, and is it fair to say you’re passionate about the town?

I have been coming to St. Andrews periodically since 1980.  I love the place and really enjoy the people.

You purchased the legendary Old Course Hotel ten years ago, and having seen both versions, I commented at the time about the incredible quality of the renovation and sensitivity to the hotel’s rich history. You’ve paid the same attention to detail with Hamilton Grand, and even restored the iconic dome from fiberglass to a lead clad version, true to the original.

In restoring Hamilton Grand, we had to work from the inside out. Every piece of red sandstone on the exterior has been saved. Everything on the interior has been replaced including all walls and floors. Fortunately, the building was built on rock, so everything is very sturdy. The stained-glass and the carved banisters from the original building have also been preserved. 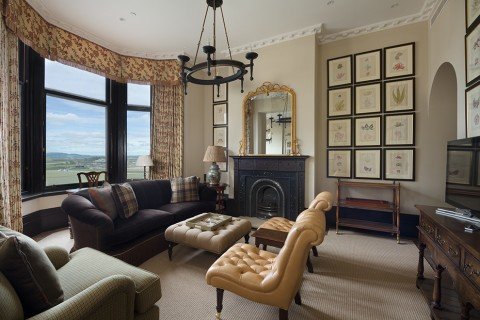 What a wonderful bonus for residents of Hamilton Grand to have access to the amenities at The Old Course Hotel. Was that the plan all along?St. Andrews

Yes, all residents of Hamilton Grand have access to the services of the Old Course Hotel including the spa, the Duke's golf course, the restaurants, the concierge, the valet who will shuttle your car, the butler, etc. They will even shop for your groceries. If you wish, they will do as little as you like, they won't interfere;  or as much as you like, always at your beck and call.

The Open Championship is back at the Old Course in 2015, and the Hamilton Grand will be there front and center.

During the Open Championship coming up in July of this year, the hotel will be taken over by the Royal and Ancient (R&A) for players and officials.  Therefore, only Hamilton Grand and its restaurant will be open for service and that will be limited to residents who will have a very special position to view the Championship.  The rooftop of Hamilton Grand has an outside deck with kitchen facilities that can serve about 100 guests of residents. It should be an amazing scene.

I’m not really a golfer but I absolutely love St Andrews, the history, the people, the myriad of things to do. I feel like you don’t necessarily have to golf to appreciate Hamilton Grand and the incredible beauty of the location.

While others have referred to Hamilton Grand as the “most coveted address in the birthplace of golf”, with which I concur, I define it as a home surrounded by remarkable experience in and around St. Andrews. Whether it is the West Sands Beach, the North Sea, the Royal & Ancient clubhouse, the outgoing and incoming holes of the Old Course, the surrounding golf championships, the fishing, hunting and horseback, the ancient architecture of a vibrant community, the cultural events of the University, the rapid transit of the train to Edinburgh, and the Dundee flight to London, Hamilton Grand is an iconic destination.  Quite simply, it is home. I hope you all find your way.

Learn more about Hamilton Grand and take a virtual tour of the property here.