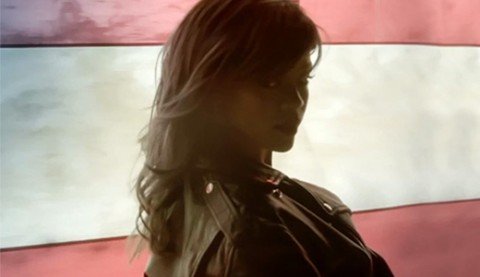 Four teams out of sixty-four will enter Indianapolis: survivors. And for their resilience and their guile, the remaining teams and fans alike will be serenaded by mega popstar Rihanna and a handful of other musical superstars in the official March Madness Music Festival.

The free three-day festival will include performances by headliners Zac Brown Band and Rihanna, along with Lady Antebellum, Kacey Musgraves and Bleachers. Highlights will air during the CBS's National Championship pre game show, with all performances from April 3- April 5, live streaming on the NCAA's website.

Scheduled to take place at Indianopolis' White River State Park, the music festival is free and open to the public on a first come, first served basis. Last year's performance featured the musical talents of "the boss" Bruce Springsteen, the Killers and Tim McGraw.

With Rihanna's "American Oxygen" serving as the soulful and officially-licensed track of the 2015 NCAA tournament, the singer's performance at the apex of the tournament should reveal more of the star's direction for her upcoming album, executive-produced by Kanye West, as well as provide a thumping conclusion to the most hectic and lucrative month in the sports universe.