The Billboard’s Golden Age: Photos Of The Sunset Strip 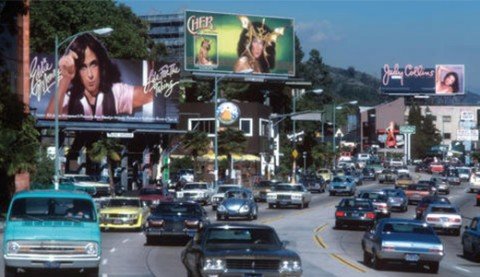 In 1969, Robert Landau lived in an apartment near the old Tower Records, a block north of Sunset Boulevard. To pass the time, a teenage Robert would walk up and down the strip, gazing at the giant, hand-painted billboards advertising albums from some of his favorite musicians. What started as passing interest became a consuming process that lasted over a decade, as Robert began documenting the billboards with color slide film.

This project became the photo book, Rock ‘n’ Roll Billboards of the Sunset Strip, a collection of his shots of those works of advertising art. Photos from the book are now being featured at the Skirball Cultural Center in Los Angeles. The images capture the zeitgeist of the 70s perfectly, bursting with the creative energy poured into each billboard. 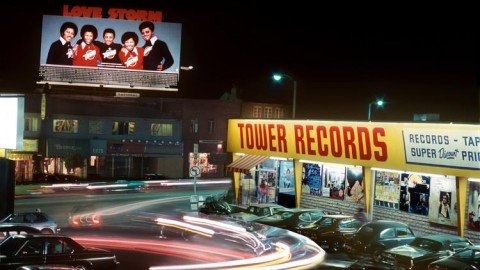 "Rock & Roll Billboards of the Sunset Strip" is on view March 24 through August 16, 2015 at the Skirball Cultural Center. Admission is free. More info.