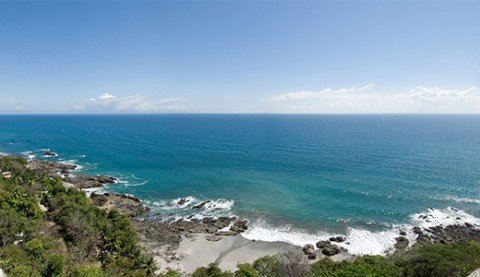 Breathtaking coastline and tropical serenity aren’t the only reasons why Costa Rica has garnered international headlines as of late. Their government recently announced that the country has been running on nothing but renewable electricity for the first 75 days of 2015, and plan to be carbon neutral by 2021. While Costa Rica is a small country with a low energy use per household, their progress is an inspiration as they join only a handful of countries—Albania, Paraguay, and Iceland—who run on 100% renewable electricity now.

Endowed with a spectacular natural environment, Costa Rica currently taps into geothermal power from volcanoes and ample sunshine, as well as hydropower from heavy rainfall; yet in order to reach its carbon neutral target, the region is working towards diversifying its renewable electricity systems. Implementing incentives for electric and hybrid vehicles, as well as investing in technologies such as solar and small wind turbines, represent huge strides for the eco-conscious population.

The Agency's Michael Grady is proud to represent two incredible properties in Costa Rica, both of which offer uncompromising beauty and the opportunity to own where environmental integrity stands in the foreground.

Villa Paraiso // A private oceanfront compound sitting on 13 lush tropical acres of the Nicoya Peninsula. A main residence, coach house perched on a cliff, heli-pad, and custom 300-foot suspension bridge providing access from the property to the nearby beach town of Montezuma.