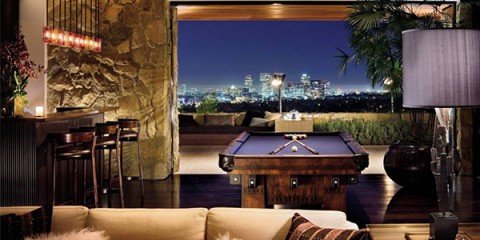 Stephen Shadley has all the qualifications for being a designer extraordinaire. To begin with, his company, Stephen Shadley Designs, was featured on Architectural Digest’s 2014 AD100 list of the world’s best interior designers and architects. From towering over the Lincoln Center in Manhattan to nestled besides the Santa Rita Mountains in the sprawling Sonoran desert, the homes that he designs capture an array of landscapes and personal tastes. Some of those tastes just so happen to belong to icons Jennifer Aniston, Woody Allen and Diane Keaton. We asked the man behind the magazine cover-worthy homes to take a break from designing his own retreat—a vintage house in the Hudson River Valley—so that he could walk us through his fruitful career and current pursuits. 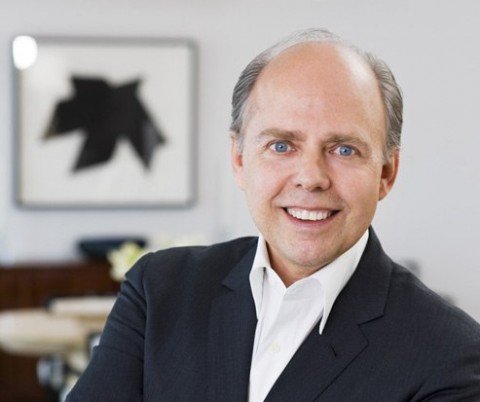 How did you make your first dollar?

Working as a scenic artist at 20th Century Fox.

How did growing up in southern California, and particularly around the film industry, influence you as a designer?

I feel that working in film helped me to develop a sense of scale and composition, as well as a knowledge of color and texture—all things that have been valuable in my design work.

What do you consider to be your “big break”?

Many years ago, I was asked to design the set for an Off-Broadway play based on a New York restaurant and later renovated the restaurant itself. I had no prior experience designing homes or restaurants! Since then, I’ve pursued a career in design.

When meeting a client for the first time, how do you initiate the creative process?

I listen. For me, the process begins with the client’s thoughts and vision for their home.

You’ve worked with Diane Keaton on five of her homes, starting with an updated mid-century along the Hudson River and later expanding to Arizona and Beverly Hills. What architectural consistencies can you draw from your collaborations together?

Diane’s taste has evolved according to her personal interests and the many homes she has renovated. We both share a deep respect for architecture and since most projects have been vintage houses, we let the homes guide the process! What’s consistent is that we are continually learning from one another.

You and Diane share a wonderful friendship. Is it more difficult, or more personal, when you are designing a home for people you are close to?

It’s more personal with Diane because we’ve done this for so long. We are both very focused on details and I think we understand each other’s aesthetic.

Aside from residential homes, you’ve also designed live-work spaces, like the New York offices of the late director Robert Altman. Where might one find you working?

My loft in Chelsea functions as an office (for Stephen Shadley Designs) during the day and some simple roller shades come down in the evening to transform it into a home. What’s unsettling is realizing at the end of some days that I haven’t ventured out.

If you could design the new office headquarters for any company, what would it be and why?

A movie studio, because that’s how I got my start.

What project(s) are you currently working on?

Apart from rebuilding a home for myself, I’m helping Diane with a home she has designed from scratch and it is under construction as we speak. I’m also working on a home in Nantucket and a charming place in Greenwich Village.

What’s a personal indulgence that tends to surprise people?

I stand on my head every morning.