Standout Films From The 2015 Cannes Festival 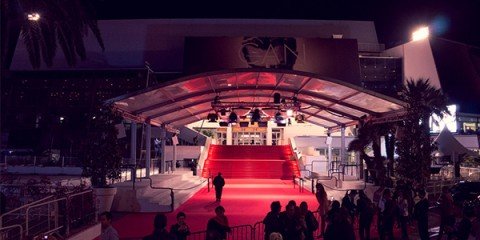 Over the past two weeks, the celebration of film as an artistic medium that is the Festival de Cannes has descended upon France. While the movies featured at Cannes are far from box office smashes, they serve to inspire filmmakers, influence fashion and initiate important discussions and debates about the filmmaking process itself. Cannes is full of award winners and absolute gems for those that count themselves as true cinephiles. Here are just a few of the most celebrated examples of the over 100 films shown at the festival.

Woody Allen’s trademarked witty banter and quirky characters are on full display in his latest work. Joaquin Phoenix plays a neurotic philosophy professor who falls for his brilliant student, played by Emma Stone. The only trouble is his equally brilliant wife, expertly acted by Parker Posey.

Todd Haynes adapts Patricia Highsmith’s novel “The Prince of Salt,” casting Kate Blanchett and Rooney Mara as co-workers at a high-end department store in 1950s New York. A lesbian love affair ensues in this story draped in drama, fashion, and a surprising amount of optimism.

Surreal absurdity reigns supreme in this vehicle by acclaimed Greek director Yorgos Lanthimos. In some sort of dystopian rom-com future, Colin Farrell, Rachel Weisz, Lea Seydoux, John C. Reilley must find a mate within a limited time, or they are transformed into crustaceans and sent into the woods.

“The Scottish Play” returns to film once more, directed by Justin Kurzel and starring Michael Fassbender and Marion Cotillard. It remains to be seen if Kurzel’s adaptation can run with the likes of those by Orson Welles or Roman Polansky, but considering the cast we’ll give it the benefit of the doubt.

The Sea of Trees

Director Gus Van Sant has shown incredible versatility through his career. “The Sea of Trees” tells the story of Arthur Brennan, played by Matthew McConaughey, who travels to the forest at the base of Mount Fuji to commit ritual suicide. He meets Ken Watanabe’s Takumi Nakamura, and the two men help each other out of the woods, physically and metaphorically.

For more information on the 2015 Festival de Cannes, visit their website.