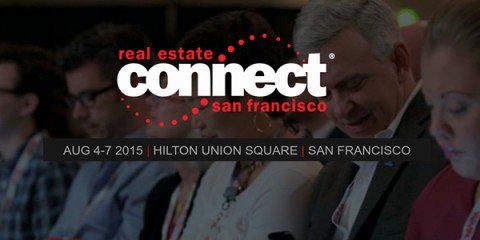 Inman News has announced the nominees for its 2015 Innovator Award, and The Agency has been selected as one of the 11 finalists for Most Innovative Real Estate Company. We’re also thrilled to share that our own Michelle Schwartz is one of only 17 finalists in the Most Innovative Agent/Broker category. This year’s winners will be announced during the Inman Connect conference that brings together real estate’s best and brightest August 4 - 7 in San Francisco.

Ahead of its annual conference, Inman conducts a nationwide search of real estate companies, tech firms, successful agents, risk-takers and forward-thinking brokerages for its Innovator Award categories. This year, Inman chose The Agency as a nominee, spotlighting its plans to aggressively expand its operations globally.

“With a proprietary CRM platform and creative sister agency, the luxury brokerage has successfully reshaped the traditional brokerage format to encourage partnership and collaboration,” Inman writes.

Michelle, a founding member of The Agency, was recognized for representing “a new generation of agents who understand innovative marketing technologies but appreciates the value of connections and relationships,” according to Inman.

“We’re so proud Michelle is being recognized among her fellow agents by Inman,” says The Agency CEO and Co-founder, Mauricio Umansky. “Michelle consistently demonstrates The Agency’s founding core principles, including our culture of collaboration, integrity, and innovation, and she actively engages her fellow agents to provide her clients with the highest level of service.”

Nurturing relationships is one of the core themes of Inman Connect, which has become a powerful networking event for real estate industry leaders worldwide. Mauricio, who was among last year’s finalists for the Most Innovative Agent category, will be a featured presenter at Inman Connect San Francisco. He has become a highly sought after presenter on the topic and made a guest appearance at January’s Inman Connect New York.

Inman News recently spotlighted Mauricio, whom it calls “a power networker”, sharing his secrets for standing out in the crowd and building relationships in a conference setting.