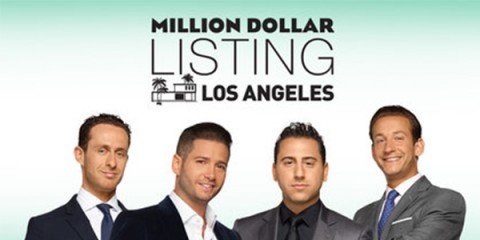 Bravo Media recently announced that the hit television show “Million Dollar Listing Los Angeles” will be premiering its latest season with a “supersized” episode to air on Wednesday, September 2 from 10-11:15pm ET/PT on Bravo.

In season eight, The Agency’s James Harris and David Parnes will join a four-person cast who “return to a market completely transformed by skyrocketing prices and inventory at an all-time low. This ‘seller’s paradise’ is a realtor’s nightmare as outrageous demands force the agents to get wildly creative and even more cutthroat,” stated the official press release.

What can we expect from the upcoming season? “We are extremely excited for the upcoming season of MDLLA as the market is on fire and Los Angeles is considered one of the hottest cities in the world right now. All we can say is be ready for the sensational premiere airing next month,” commented business partners James Harris and David Parnes, who together have grossed $200 million in sales beginning in the last half of 2014 and up to the current date.

It’s clear that these talented Brits aren’t giving away any secrets, but you can take a sneak-peek of what’s to come here.