Must Sip Summer Cocktails In L.A. 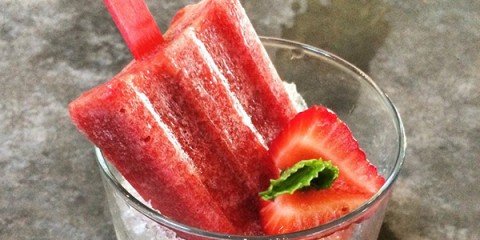 With summer already upon us in Los Angeles, the cocktail menus have heated up and here are some of this season’s best beverages found in some of the most iconic, unique and classy joints in the city. As Humphrey Bogart once said, “The problem with the world is that everyone is a few drinks behind.” So, cheers to summer sipping in the City of Angels.

At Laurel Hardware, a neighborhood eatery in West Hollywood that embraces local culture in a casual atmosphere, one will find the fresh cucumber infused tequila and lime-splashed drink, Gavrons Boogle— a beverage that tastes like summer in a salt rim glass.

The iconic Hollywood Roosevelt Hotel serves up a refreshing vodka and coconut cocktail poolside. A simple $25 bar minimum opens the pool to the public, and “The Voco” is a good start to staying hydrated while appreciating lovely Los Angeles summer days.

One of the best cocktails on the menu this summer in Los Angeles is Chateau Marmont’s Moscow Mule. According to Chateau Marmont’s website, “At Chateau Marmont you surrender yourself to a grandi-loquent environment, an infamous hideaway and the perfect getaway in the center of one of the world’s most exciting cities.” What better way than to pair summer with the classic and modern of both drink and place?

Let the summer sipping fun begin at Good Times at Davey Wayne’s, and begin it does from when one first steps through the entrance which happens to be a refrigerator door. Live music, unique decor and an outside patio with twinkling garden lights and hammock swings are a few reasons to visit the laid-back, but very popular Hollywood hangout. Another reason can be summed up in three words— Tequila snow cones. Who doesn’t enjoy a spiked snow cone on a warm summer Southern California night?

Also known for dishing up some of the best vegan food in the city, Gracias Madre adds a twist to a childhood treat with its boozy popsicles. With varieties of adult popsicle flavors, as well as a full cocktail menu that includes margaritas which have received many a nod for excellence, Gracias Madre is an enjoyable way to spend an evening for more than only a few boozy popsicles.

In Los Angeles, “Take Me To Church” brings on a new meaning when one steps into The Church Key, an interactive restaurant experience with dim-sum style service, canned and frozen cocktails and flaming desserts. On this establishment’s menu, the summer cocktail pick of the season is “Going Down Unher,” a passionfruit puree and eucalyptus syrup noted Barcardi rum beverage with a key ingredient— a liqueur made by monks from a certain region in France.

The tastes of coconut and pineapple scream summer and at The Nice Guy, Goldi’s Golden Whip is the way to enjoy the flavors of beachside life in an upscale atmosphere. Also named as one of the top places to stop for an LA staycation, The Nice Guy whips up more than simply a good summer cocktail or two.