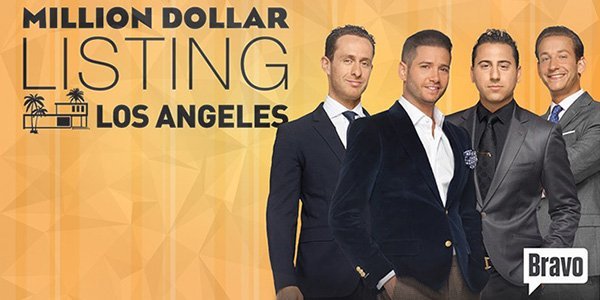 Bravo Media has announced the hit television show “Million Dollar Listing Los Angeles,” starring The Agency’s own James Harris and David Parnes, will be premiering its latest season with a special extended episode on Thursday, October 6 at 9pm ET/PT.

Last season, David surprised his girlfriend Adrian with a romantic proposal in Italy—and of course, she accepted! James and David sold three houses to a single client, and the duo made a deal for one of Hollywood’s most iconic buildings, maintaining their status as two of the top agents in the Los Angeles luxury real estate market.

"We are really thrilled about the upcoming season. The market is exciting and Los Angeles is changing. We've been lucky enough to have a great year with amazing properties being featured on the show throughout the season. Tons of drama, creative explosive open houses and lots of ups and downs," said James.

After an incredible 2015, James and David are on target to sell over $300 million in 2016, and we can’t wait to see what the upcoming season has in store.

“This season has been both exciting and emotional, and we are so grateful to be a part of this franchise for our third season. The properties are the biggest and best so far, and the negotiations are even more intense," said David.

The partners are hush-hush when it comes to season 9 spoilers, but you can catch a sneak peek of the new season here.