David Bowie’s Personal Art Collection To Go Up For Auction 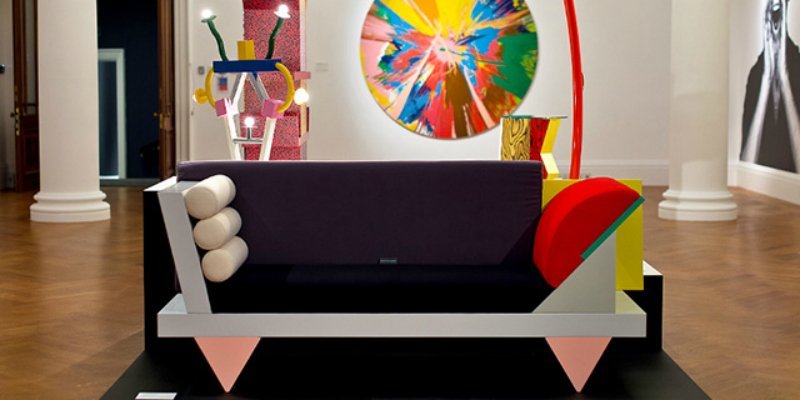 Famous for his shape-shifting personas, including the androgynous Ziggy Stardust, Aladdin Sane, and Thin White Duke, the late David Bowie was, among his many talents and proclivities, an avid art collector. True to his nature, the more idiosyncratic the work, the better.

Now, David Bowie devotees have a chance to make pieces from the icon's coveted collection their own. A highlight of the auction, to take place November 10th and 11th in London, is Bowie's extensive collection of works by the Milan-based Memphis Group. An avant-garde design collaborative formed in the 1980s and led by Ettore Sottsass, Michele De Lucchi, and Andrea Branzi, the group is credited with spearheading the now widely recognized postmodern design movement. Relying heavily on geometric motifs, mixed materials, and bright, saturated colors, one critic described the style as “a shotgun wedding between Bauhaus and Fisher-Price.”

More than 100 items will go up on the auction block, including Sottsass and Perry King’s fire engine red Valentine portable typewriter, Martine Bedin’s iconic Super Lamp, and Achille and Pier Giacomo Castiglioni’s Radio-Phonograph, Model No. RR126, with opening bids ranging from $100 to $7,000. The unique works present an incredible window into Bowie’s approach to art and the creative process, and are sure to entice fans and avid art collectors alike.

The Memphis collection will be part of a three-part sale encompassing over 350 works from Bowie’s private collection, which also includes more than 200 works by some of the most notable British artists of the 20th century, such as Damien Hirst, Frank Auerbach, and Graham Sutherland. The works will all be part of a special exhibition, to precede the auction, from November 1st to 10th at Sotheby’s New Bond Street galleries in London.