Four California Homes With a Rock and Roll Pedigree 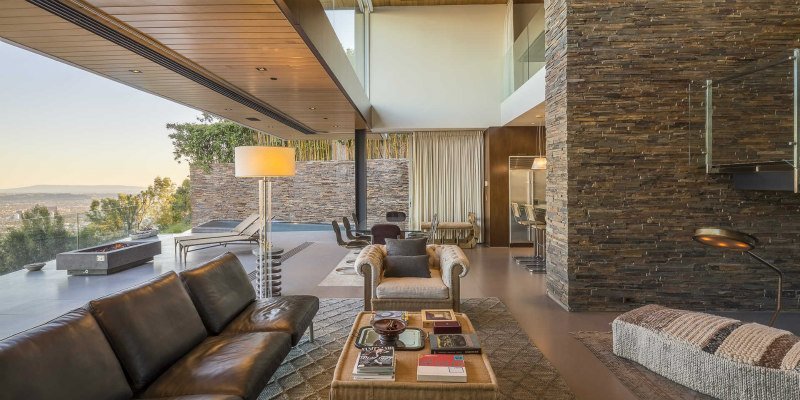 Whether you’re a fan of the psychedelic sounds of San Francisco’s Haight Ashbury, the melodic canyon jams of Laurel Canyon or the eighties glam rock scene that ruled the Sunset Strip, California has long been synonymous with rock and roll, serving as home base for scores of rock legends over the years. From an architectural estate in the Hollywood Hills once home to the Demon of Screamin’ to a Beverly Hills estate that belonged to the King of Rock and Roll himself, these four homes listed by The Agency are fit for rock royalty. 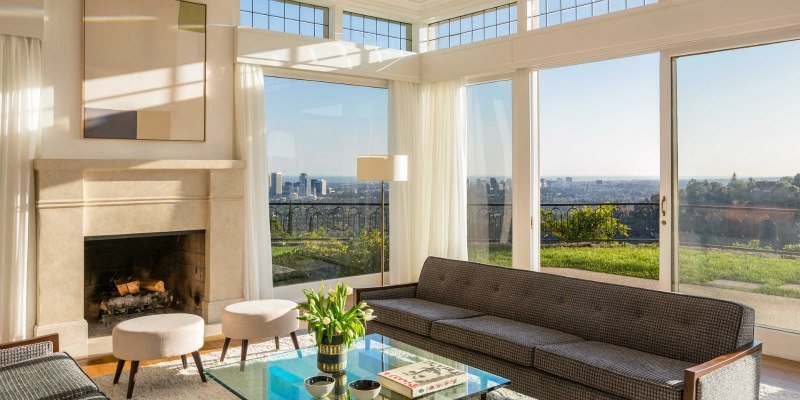 Perched on a coveted promontory in Beverly Hills, this 1.18-acre French Regency manse in the exclusive Trousdale Estates was once the home of Elvis and Priscilla Presley, who bought the residence shortly after they were married in 1967 and lived there until 1973. Represented by Mauricio Umansky and showcasing sweeping city-to-ocean views of L.A. below, the 5,400-square-foot midcentury residence is set behind gates and features an attached guest house by Rex Lotery. Elegant interiors showcase high, coffered ceilings, warm hardwood floors, fireplaces and floor-to-ceiling windows. Gracious outdoor entertaining space includes a large patio with a fireplace, resurfaced pool and spa, and lush lawns, all set against spectacular panoramic vistas. One can easily imagine the newly married Presleys cozying up in the living room against a backdrop of that iconic city skyline, Elvis’s pink cadillac parked in the motor court outside. 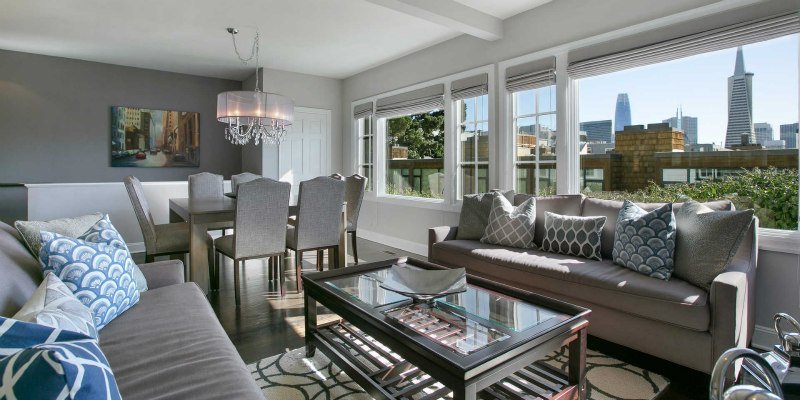 Once the home of Rock and Roll Hall of Fame legend and pioneering radio disc jockey Tom “Big Daddy” Donahue in the 1970s, this exceptional home on historic Alta Street in San Francisco’s Telegraph Hill showcases exceptional city views from almost every room. Flooded with natural light and boasting a gracious indoor-outdoor flow, the recently expanded and renovated residence, represented by Rachel Swann, features three bedrooms with ample closet space, an office, wine vault and sun-soaked outdoor lounge. In addition to regularly interviewing members of the Grateful Dead, including Jerry Garcia and Bob Weir—who, coincidentally, also enjoyed cameos in numerous movies filmed on Alta Street—Donahue is credited with producing The Beatles’ last public appearance at SF’s Candlestick Park in 1966. How’s that for iconic? 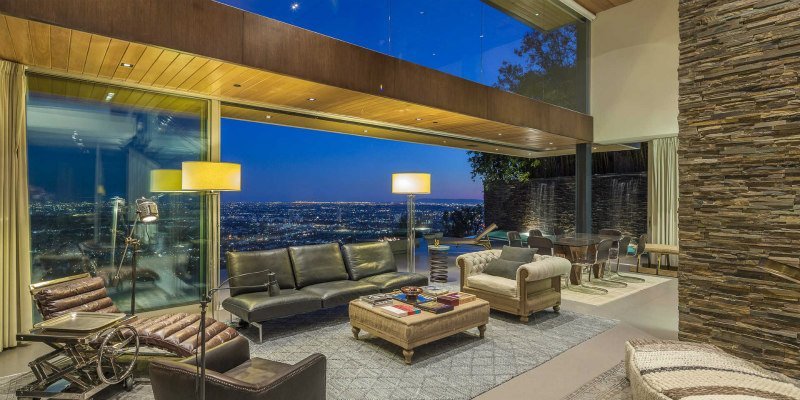 Known for its privacy, seclusion and jaw-dropping views, the Hollywood Hills have long been the preferred hideaway for rock and roll elite, and you don’t get more ‘rock and roll’ than Aerosmith frontman Steven Tyler, who leased this architectural stunner at 8400 Grand View Drive. Secluded behind gates and showcasing 270-degree, top-of-the-city views, the home seamlessly marries glass and steel to produce a living experience that is at once intimate and sophisticated. Represented by Max Nelson, Daniel Stevenson and Damian Nelson, the home features retractable walls of glass that create an effortless flow between indoor and outdoor spaces while bringing extraordinary views to the forefront of the living experience. A floating glass staircase leads to an exceptional master suite with a rare marble bathroom, while expansive outdoor decks overlook sweeping jetliner views and an infinity-edge pool, spa and fire pit serve as the perfect post-gig retreat. 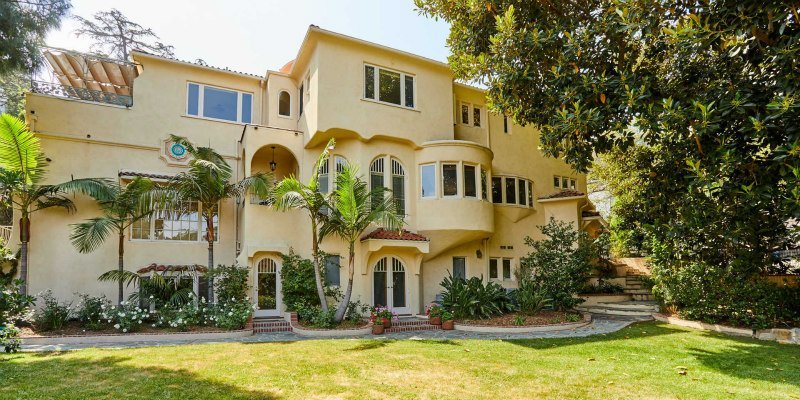 Most music historians believe rock and roll was invented somewhere between the 1940s and 50s, an offshoot of gospel, jazz, blues and country, spearheaded by artists like Little Richard and Chuck Berry. But the technology used to record and broadcast that rock and roll came much earlier, thanks to inventor Lee de Forest, aka the “father of radio” and mastermind behind the Audion, a three-element vacuum tube which would become the basis of all electronic devices. Some might say if it wasn’t for de Forest, there would be no radio, and if there was no radio, perhaps there would be no rock and roll. The zany inventor called a charming Mediterranean villa at 8190 Hollywood Boulevard home from the 1920s to the early 1930s. Represented by Laurent Bijaoui and Krystle Bijaoui, it was one of the first homes built in the Hills, and its tranquil garden, grand, spiral staircase and light-filled living room with a balcony and post and beam ceiling are nothing short of transportive—perfect for a musician or artist looking to tap into a little Old Hollywood inspiration.