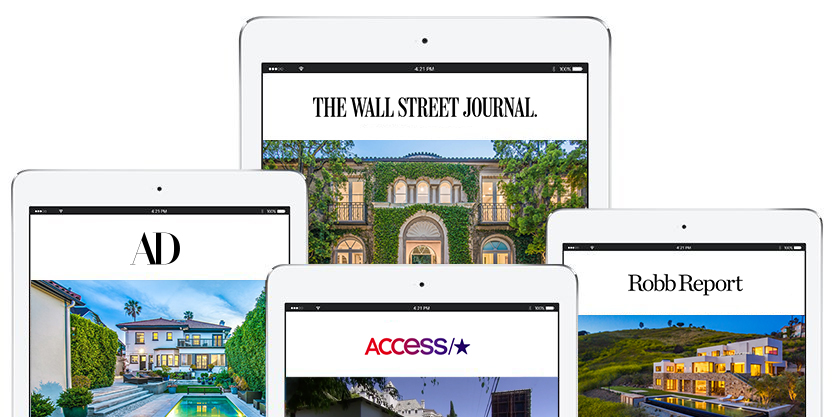 12833 CHALON ROAD - It isn’t often a home comes available for sale in the celebrity-studded enclave of Brentwood Country Estates. Featuring only 13 properties, the 24-hour guard-gated community, developed by the Hilton family in the 1990s, is one of California’s most desirable neighborhoods. The Wall Street Journal recently took note of the ultra-rare opportunity, featuring a magnificent Tuscan-style home, represented by Santiago Arana and Brian Selem. The 8,500-square foot residence, designed by the acclaimed Robert Earl, is surrounded by 5.3 acres of exquisite grounds, fruit orchards, a lighted tennis court and sweeping ocean, mountain, city and canyon views. 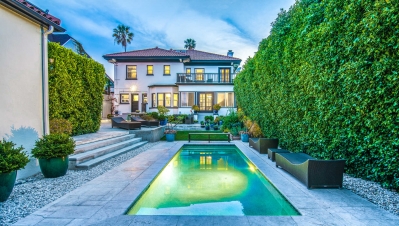 564 N. NORMANDIE - Olivia Wilde, Jon Hamm, Kristen Wiig and many more have graced the halls of this 1920s estate, which has served as the ultimate backdrop for celebrity photo shoots. The beautifully restored home of photographer Darren Tieste was recently featured in Architectural Digest, which recognized its perfect blend of Old World Charm and modern living. Represented by Alana Mesica, David Parnes and James Harris, the home boasts stunning historic details, such as wainscoting, coved ceilings and original French doors, with modern upgrades throughout. Among the ultra-private home’s enviable features is the far-reaching view, which emcompasses the Griffith Observatory, Hollywood sign and Downtown Los Angeles. 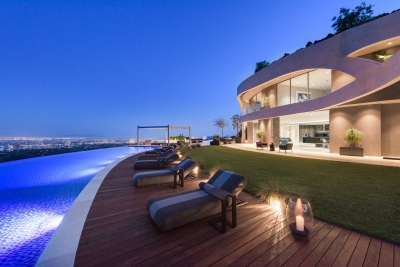 12255 SKY LANE - Showcasing the extraordinary vision of cutting-edge architectural design firm de Loren & Associates, Sky Lane, represented by Santiago Arana and Mauricio Umansky, recently captured the attention of Mansion Global, which featured the “curving freeform mansion built into a Los Angeles hilltop facing the Getty Center.” As the article notes, the 17,000-square-foot residence with lawns and gardens cascading down the hillside is now part of the commanding views visitors to The Getty Museum enjoy. In fact, Sanam de Loren says she had the Getty in mind when she drew up plans for the residence, which boasts seven bedrooms, 11 baths, a glass-walled elevator, zen garden, fruit orchard, wine cellar, theatre, gym and professional Gaggenau kitchen. 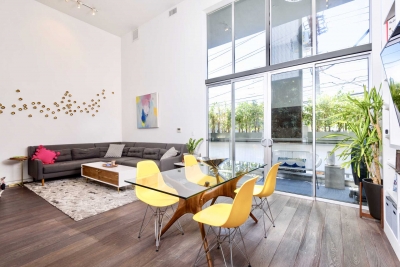 751 N. FAIRFAX AVENUE #1 - This lofty West Hollywood condo once served as a recording studio for such icons as Paul McCartney, Tom Petty, David Bowie and Frank Sinatra. While you can’t go back in time and be a fly on the wall, you can own the spacious home within the Lofts at Cherokee Studios, the transformed Green LEED Platinum work/live complex featured in Architectural Digest. Represented by Nick Collins, the loft is a modern, abundantly lit, two-story condo, featuring soaring 16’ ceilings, an open chef’s kitchen, private balcony, an upstairs retreat with an office, and a rooftop deck with fantastic city views. 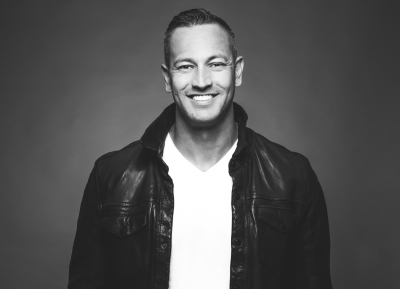 SANTIAGO ARANA - Santiago’s rise to the top of the real estate profession is not an ordinary one. The Principal and Partner of The Agency first came to the United States from Bolivia with $130 in his pocket. Today, he ranks among the top agents in the nation, as “a true example of hard work, great intentions, and positive thinking,” writes the International Association of Real Estate Professionals, which featured Santiago in its latest installment of IARP Journey to the Top. 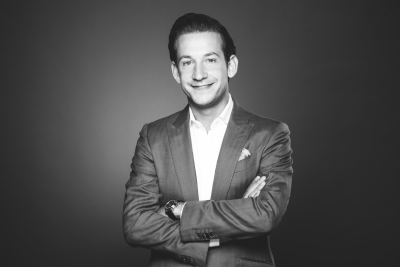 JAMES HARRIS - What makes L.A. so special? Haute Residence recently sat down with James Harris, of Million Dollar Listing Los Angeles, for his take on what makes the L.A. real estate market so unique and what trends he’s seeing amongst developers. “Los Angeles is changing and evolving so much. There’s so much influence from fashion, art and music. It’s amazing to be at the forefront and see how these trends all translate into the development of high-end homes.” Read the full interview here. 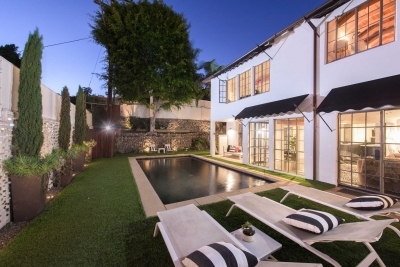 8222 MARMONT LANE - The Umansky Team’s Farrah Brittany and Alexia Umansky gave Access Hollywood an inside look at the stunning Marmont Lane villa once owned by James Franco. Represented by Farrah, Mauricio Umansky and Eduardo Umansky, the contemporary home, originally built in 1923, is situated directly across the street from the famed Chateau Marmont Hotel, so close that the new owners can have room service delivered right to their front door. 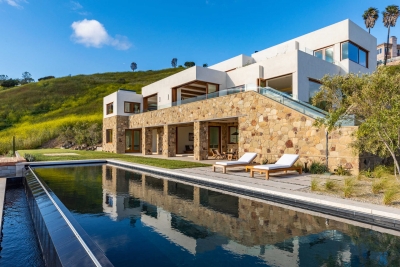