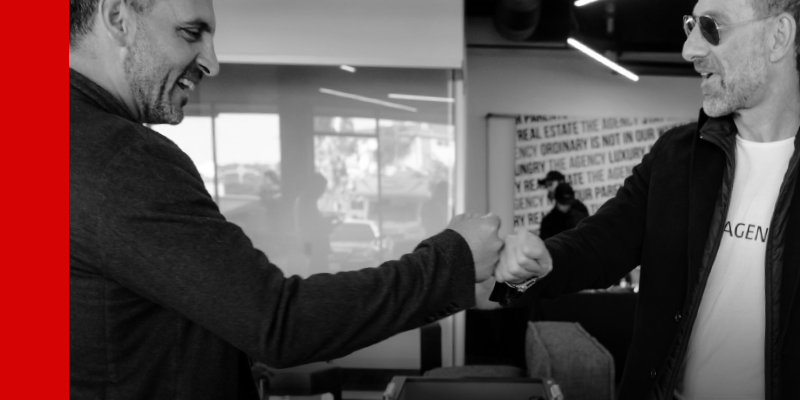 We’re proud to announce that for the fourth year in a row, The Agency has ranked on Inc. 5000 ’s list of Fastest-Growing Private Companies in America. In another point of pride, The Agency also made a significant jump in rank this year, from #3,947 in 2018 to #3,174.

The Inc. 5000 ranks each company based on percentage revenue growth over a three-year time span. The Agency has experienced a 115% growth increase. Out of the nation’s nearly seven million private companies, only a small fraction have demonstrated such remarkably high, consistent growth.

“We are so pleased to be a part of the Inc. 5000 ’s list once again, it’s incredible to see how we’ve progressed as a company just over the last year,” says Billy Rose, Co-Founder of The Agency. “It’s been eight years since Mauricio and I launched The Agency, and an honor like this gets me even more excited for our future. There’s just no telling what heights—and ranks!—we can reach when we work together.”

“Being honored and moving up in rank on the Inc. 5000 is both gratifying and humbling,” adds Mauricio Umansky, Co-Founder and CEO. “I know how hard this team works, and this is just one way I can see that it is paying off. I’m just so grateful for the amazing people that have brought us to this moment.”

Collectively, the companies on this year’s list generated $237.7 billion in revenue in 2018, with their average 2018 revenue of $47.5 million and median three-year growth rate of 157.4 percent. The Inc. 5000 list puts The Agency in good company—Microsoft, Pandora, LinkedIn, Yelp and Zillow are among those that gained their first national exposure as honorees on this annual list. View the full list of rankings on Inc. 5000’s website, and The Agency's profile here.

This honor comes on the heels of another celebration—the debut of two new offices in La Paz and Todos Santos in Mexico. These two locations join The Agency’s growing network around the globe.