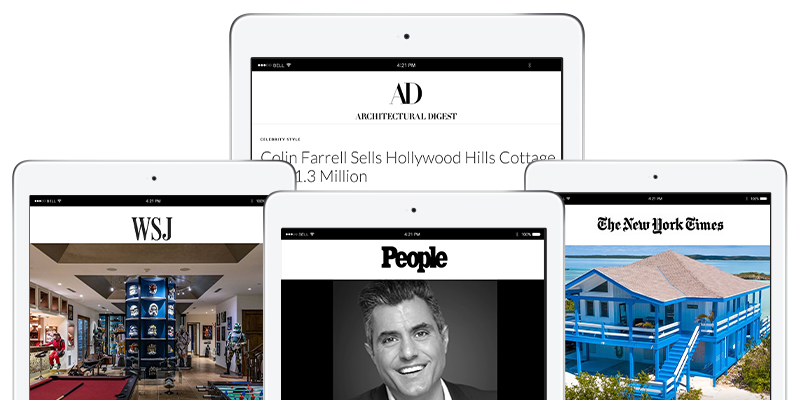 A new month means a fresh new Hotlist. Catch the latest coverage of The Agency’s properties and personalities in top publications and news networks, from Architectural Digest to People Magazine, The Wall Street Journal and more. 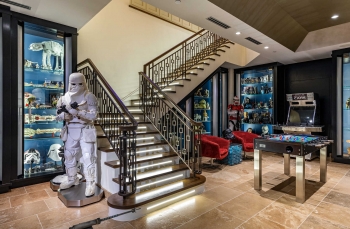 5824 JED SMITH ROAD - The Wall Street Journal got the scoop when a stellar new listing with an intergalactic pedigree hit the market. Represented by Mauricio Umansky, Emil Hartoonian and Arvin Haddad, this Hidden Hills estate is out of this world, complete with a private observatory, music studio and a galaxy’s worth of Star Wars memorabilia.

497 CHALK SOUND ROAD - In a New York Times report on the ongoing appeal of investing in Turks & Caicos real estate, the publication interviewed Sean O’Neill of The Agency Turks & 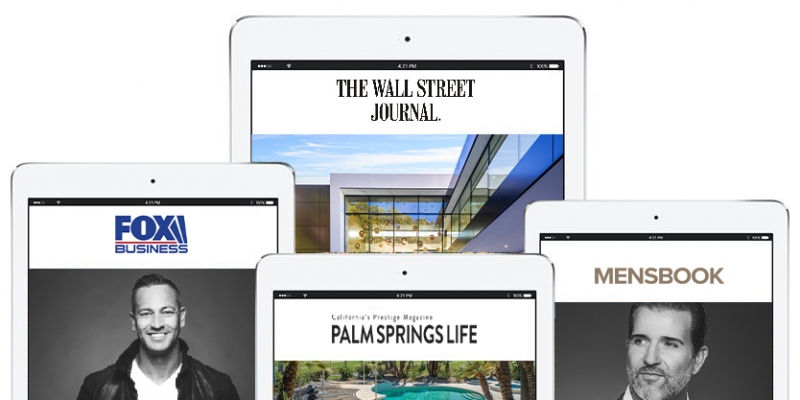 Our dynamic team of agents made remarkable real estate moves around the country this month, from listing an all-new home in Beverly Hills with a prehistoric piece of art to a pair of exceptional estates in Santa Barbara. Here are some of the month’s must-read media clips.

BRAVOTV - Mauricio Umansky, Farrah Brittany, James Harris and David Parnes were spotlighted on BravoTV.com for their appearance on The Hollywood Reporter’s annual list of “Top 30 Real Estate Agents in Hollywood.” James and David were lauded for the $120 million sale of L.A.’s most expensive home, Mauricio’s team of agents (known as The Umansky Team) was touted for bringing in $278 million in sales and Farrah was named one the L.A. real estate industry’s most promising

Our round-up of properties and personalities making headlines in July

1317 DELRESTO DRIVE → In just 15 months, this 1970s-era villa in Beverly Hills was transformed into a 9,680-square-foot contemporary dream estate. View exclusive before and after photos and read what listing agents Billy Rose and Santiago Arana have to say about the phenomenal property featured in Robb Report.

PENTHOUSE 51A → The penthouse on the 51st floor of the Ritz-Carlton Residences in Downtown Los Angeles sold for a record-breaking $9.125 million. Represented by Mauricio Umansky and Ansel Kim, the fully-furnished residence boasts 6,590 square feet of living space with floor-to-ceiling windows showcasing views of the L.A. skyline. Get the lowdown from Mansion Global.

“Los Angeles prices have gone up so much, but still represent a great value compared to New York or London,” David explains as his reason for considering other cities when pricing L.A. properties. The sale of his own West Hollywood home, which he built in

When purchasing luxury real estate or investment properties, timing is truly of the essence. Market trends and peak seasons play a significant role in purchasing habits and pricing. Also likely coming into play are the buyer's personal needs and desires to seek substantial savings wherever possible. Agents navigate the market by keeping an eye on trends, prices, and purchasing behaviors in order to give their clients a competitive edge, leading to major purchasing advantages and incentives.