Managing Partner
(Licensed as Alan Thompson)
alan.thompson@theagencyre.com
(757) 434-4171
A top-producing, award-winning real estate agent with more than three decades of experience in the luxury realm, Alan Thompson brings a detailed understanding of the Coastal Virginia market to his role as Managing Partner at The Agency Chesapeake. His areas of focus range from Virginia Beach to Williamsburg and encompass Chesapeake, Norfolk, Suffolk, Smithfield, Poquoson and Yorktown. In addition to selling more than $400M in real estate over the course of his career, Alan has also supervised 50,000+ transactions as a Principal Broker and Owner.
Honored with more than 150 awards throughout the last 30 years—including the Virginia Realtors Real Estate Agent of the Year Award—Alan has also been named Virginia Realtors Educator of the Year, Top 40 Under 40 Business Leaders by Inside Business and featured in Real Producer Magazine, the Washington Business Journal and The Wall Street Journal.

Highly influential and well-respected in the industry, Alan has been a guest speaker at numerous local, state and national conferences, including at the National Association of Realtors Annual Convention and served as a featured guest on several podcasts and webinars, including the Tom Ferry Coaching Network.

A natural motivator, coach and mentor, Alan is firmly committed to supporting his colleagues at The Agency Chesapeake. “Today, I am more focused on helping other agents grow and reach their potential,” says Alan. “I believe we need to raise the standards for agents and elevate the consumer experience to a much higher level. The industry has been good to me and I want to help other agents on my team achieve success in their business—whether that’s a specific number they want to reach or a level of respect amongst the community they want to achieve.”

Alan’s far-reaching experience and no-nonsense, forthright approach to every new transaction inspire great trust in clients. “I have always said that we can't absolutely stop problems from happening in transactions,” says Alan. “But our clients can rest assured that—whatever the issue might be—I have probably seen it before and know what direction we should go to solve it and stay aligned with their best interests.”

Raised in Maggie Valley, North Carolina, Alan joined the U.S. Army while in high school, later attending the University of North Carolina where he majored in Finance and Economics. He served as an Intelligence Officer in the U.S. Army, a role that further enhanced Alan’s ability to understand people, build relationships and coach up-and-coming agents into successful careers.

A committed member of the local community, Alan is actively involved in many organizations, especially the YMCA of South Hampton Roads, where his wife, Betsy—and fellow Managing Partner of The Agency Chesapeake—serves on the board of directors.

In his free time, Alan enjoys staying physically active at the gym and hiking and cycling the region’s scenic local trails. He also loves traveling with his wife and daughter—taking every chance they can to explore a new warm weather destination. 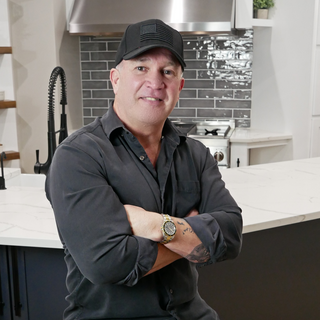