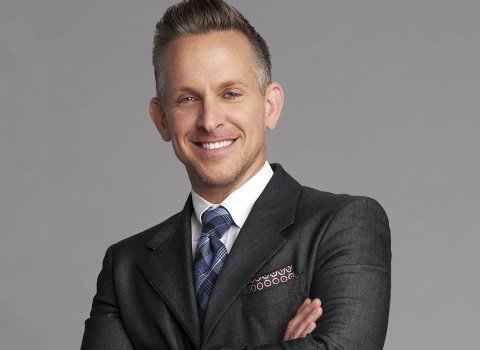 Jay Jeffers is recognized as one of today’s most dynamic designers, bringing his signature cool, sophisticated style to every project he undertakes. Since founding Jeffers Design Group in 1999, Jay has designed homes in San Francisco, Napa, Tahoe, New York, Los Angeles and beyond. In 2013, The Ritz-Carlton commissioned Jay to design signature spaces for The Ritz-Carlton Residences, Lake Tahoe.

Jay generously lent his time this week for a Q&A with The Agency.

What trends are you seeing right now in terms of design? Colors, materials, anything else that particularly stands out?

I try not to adhere too much to trends. But what I’ve been seeing a little more lately is more natural materials. Reclaimed wood is starting to die down a little bit. Rather than things being really extremely rustic, woods are becoming popular with smoother finishes like walnut and spalted maple. I recently saw a project in Tahoe where they’re using this beautiful hickory on the floor. 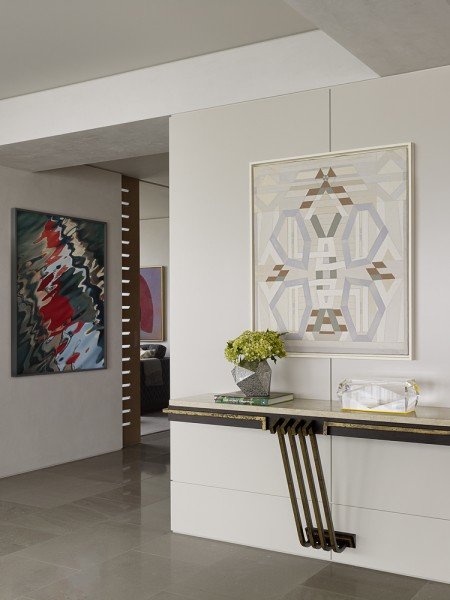 I’ve also been seeing a lot of concrete work. Whether board-form concrete walls, or concrete flooring, countertops, or even pillars. It’s not colored, either, you are seeing the rocks and cracks in the concrete. It’s interesting.

What spaces are you most excited about designing right now?

I’ve really been getting into designing libraries lately. We’ve been converting a lot of extra bedrooms into libraries. They create this wonderful little escape space in your house, that sort of dark, sexy environment. We build the entire room with shelving, and then in the center create a little seating space, very intimate, four chairs with an ottoman in the middle, that kind of thing. You can do lots of things with a library, too. I built a little whiskey bar into one recently for a client who collects bourbon.

You’ve done so much incredible work all over the country. Are there any homes or projects over the years that you’re particularly proud of?

I have a client that we’ve worked with for many years – we just finished an apartment for them on 5th avenue, a really prestigious address. We gutted the apartment and did a wonderful, very modern apartment. They don’t want their home to be similar to anyone else’s. So we end up doing a lot of custom work for them, which is always great. 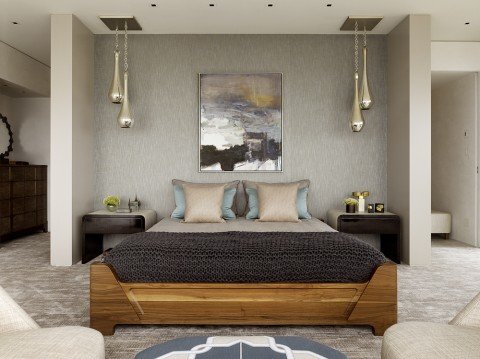 I also just finished last year gutting a house for myself up in Napa, in wine country. We took a 60s style ranch and gutted it all the way down to the studs, then made it super modern, super simple. It backs up to a vineyard. Since it’s for me, it’s an opportunity to experiment with things that I wouldn’t do for a client. I put in theater lights from the 70s in the master bathroom, for instance.

You just launched a new book, Collected Cool, which we have here in the office. Can you tell us something about it? What inspired you to write it?

Yes, it just came out in March. It’s a labor of love, I’ve been working on it for two years. This July will mark 15 years that I’ve had my own business. I was just at a point where I pulled together a 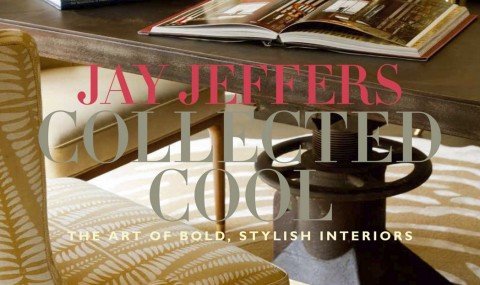 body of work, and I wanted it to be a book of inspiration for other people to enjoy and share and get to see all these projects in one cohesive environment. It was also a really great collaboration with my fellow writer and longtime editor, Alisa Carroll.

Any current projects that you’re especially excited about?

We’ve got one up in the Napa Valley in St. Helena, it’s on several acres and it’s an historic Victorian House, with guest cottages and a historic barn. It’s very traditional on the interior, and we’re doing things like painting all the Victorian moldings black. We’re making it very modern, creating a tension between the two. There’s also a barn that we’re turning into an entertaining space, with a large loft and huge glass-plate windows, so you can see out to the mountains and views. We’re also putting a pool in, and the barn will open right into the pool. 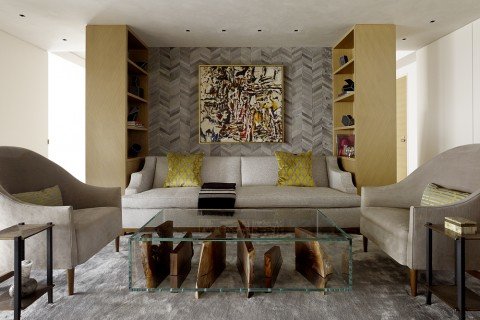 You opened up your first retail space, Cavalier by Jay Jeffers, in 2012 to debut your furniture collection. How did you get into designing your own furniture? And was it a difficult transition?

It came about really because I couldn’t find the accessories I wanted and really interesting pieces of furniture, and I was finding myself shopping all over the country for them. So I thought, there needs to be something like this in San Francisco. Eventually I just said, why don’t I open it? So we put together a small collection and had it in the store. Since then, the store’s really become a great source, and for other designers as well; Nathan Turner’s a great supporter from LA. We love accessories, and it’s a great place for people to just come in and browse. 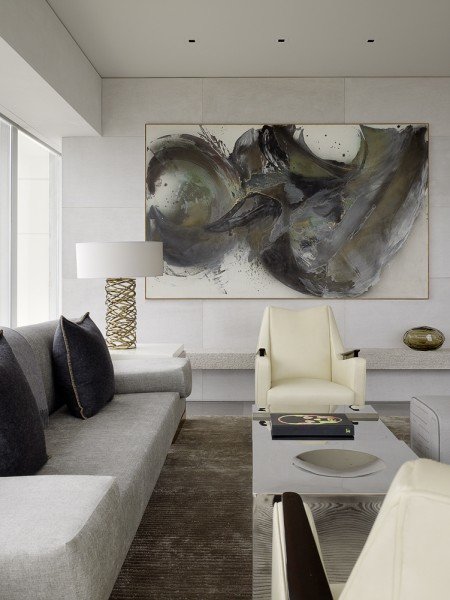 How are you seeing technology affect or change interior design?

Pinterest has changed the way my entire office works in terms of inspiration. It provides great insights into my clients’ worlds. Here’s a staircase I like, here’s a hotel I stayed at that I loved. Also, for me, I can use it for collecting ideas and thoughts and finding real details.

Inside homes, the technology itself is becoming less visible. No iPads and iPhones on the walls – clients don’t want that anymore, they want it hidden.

What other designers have influenced your career the most? Any all time favorites?

David Hicks, because he was sort of the mastermind of mixing modern and traditional. Albert Hadley, an icon of design, has always influenced my work as well. Jamie Drake is a good friend of mine, a New York designer, he’s fearless when it comes to design. Gary Hutton designs the most exquisite furniture pieces, he has a very clean aesthetic that’s fantastic. Peter Marino in New York is kind of crazy but also incredibly talented. Every time I go into a space in New York and it’s really, really well done, I’ll ask who designed it – and I’ll find out it’s Peter Marino.