The Next Cool Thing In Los Angeles? Walking 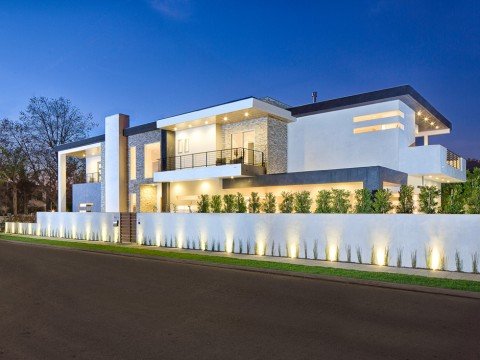 The home at 8455 Oakwood Ave. offers great walkability and proximity to shops, restaurants and nightlife

Guest houses, gated entrances, and infinity pools rank high on people’s lists when shopping for a new home, yet the greatest commodity may in fact be something intangible: walking. It seems that Los Angeles, the city known for being built around the automobile, is fostering a growing number of people who would rather travel by foot than by car in their own neighborhood.

This revival of the urban experience was the subject of a recent Zillow article, “Latest Mode of Transportation in Los Angeles? Your Own Two Feet," claiming that the hottest commodity in real estate is walkability. Agreeing with this observation is The Agency’s Paul Lester, who explained that “Pocket neighborhoods are becoming the places to live because you’ve got the opportunity to fall out your door and go to these really great restaurants.” Jeeb O’Reilly, another esteemed agent with The Agency, went as far as saying that walkability is a greater selling point than parking.

North Hollywood, Silver Lake, Los Feliz, Downtown—these neighborhoods showcase the benefits of living in a walkable environment while flaunting plenty of hipster credibility. People are willing to pay a premium for being able to ditch their cars on weekends and still be entertained. Having a farmer’s market, trendy shops, or even a Whole Foods closeby are increasing the desirability of these and other locations.

Although an urban environment is certainly a new concept in L.A., points out Lester, people are on their way to closing the gap between this city’s reputation of sprawling, spread-out boulevards.