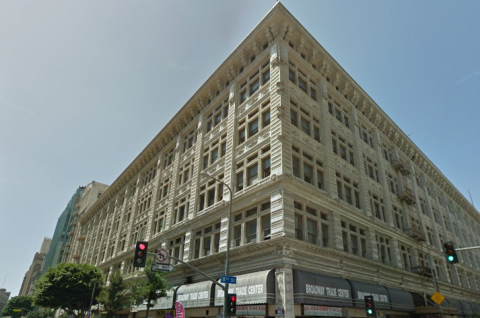 Is New York in a Los Angeles state of mind? Judging by the quantity of L.A. properties, specifically the revitalized downtown district, being scooped up by New York investors, it certainly seems that way. The Los Angeles Times recently published a story exploring this bi-coastal interest, pointing out that buyers are picking up or developing all types of commercial properties, including office buildings, hotels, warehouses, apartments and raw land suitable for development.

“Los Angeles has hit critical mass in downtown,” said Greg Vilkin of New York real estate giant Related Cos. “Firms from New York show up and say, wow, I see the potential I saw in Hell’s Kitchen a decade ago. I watched TriBeCa, and the High Line, and I see what’s going to happen.”

The article reminds us that firms in New York have snatched up some of Southern California’s best-loved historic buildings, including the elaborate Fine Arts Building downtown, the Art Deco-style Clock Tower office building in Santa Monica and the glamorous El Royale apartment tower in Hancock Park. The dollar volume of real estate purchased by New York-based investors increased 23% in 2014 compared to 2013.

This past August, the former May Co. department store on Broadway was purchased for a whopping $130 million by New York investors Waterbridge Capital and Jack Jangana. The nine-story building is going to be modeled after the popular, high-end Chelsea Market in Manhattan.

As one of the most dynamic metro areas in the U.S., downtown L.A. is somewhat of a golden child, boasting residential, hospitality, sports and entertainment scenes as well as a “burgeoning retail and restaurant” sector. People can live, work, and play here—a far cry from our one-dimensional, “concrete jungle” beginnings. It’s no wonder that investment from world-class cities like New York is so high and continues to grow.