The Sommelier Selection With The Agency’s Ben Belack: Champagne Day 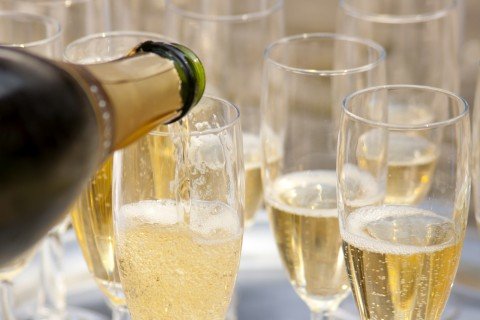 What do you mean it’s Champagne Day?  I thought that was every Friday. Apparently, October 24 is the day where we – as a planet – have a glass of bubbles and toast collectively.  And, I know that I promised that the next entry would breakdown the differences between wines of the Old World versus those of the New, but I feel like we’re totally capable of being spontaneous.  So, let’s take a moment to discuss one of history’s most special and complex wines which is often overlooked and outshined by the speech it’s paired with.

A Brief History – In the beginning, champagne was not sparkling.  Made from the Pinot Noir grape only, it was a pale, pinkish wine which was typically pretty thin.  Found in the northeastern region of France, vineyards were first planted in this area by the Romans in the 5th century.  Ultimately, the Champenois became envious of their neighbors to the south in Burgundy, and sought to produce wines of equal glory.  Join the club guys – as if everyone isn’t jealous of Burgundy.  As always, in viticulture, local climate dictates more than anything.  Less sun and cooler temperatures annually would result in wines with bracing acidity and very low levels of sugar.  Very cold winters would pause the fermentation process, leaving dormant yeast cells that would awaken in Spring to start the process again. A byproduct of this “secondary fermentation” is the release of gas, something that the early Champenois were horrified to see, considering it a serious flaw.  The British however, were developing a strong preference for the uniquely bubbly wine. The sparkling version of Champagne continued to grow in popularity, especially among the wealthy and royal.   By the 19th century large scale production obstacles were overcome, and the Champagne of the modern era as we know it today was born.

Is Champagne a Grape?  No, it’s actually a place.  And, primarily, there are three grapes grown in the region: Chardonnay, Pinot Noir, and Pinot Munierre.  As you’d expect, and by law, the juice of these grapes are all that’s permitted to be in a bottle with that designation.  You’re thinking, “Wait, Pinot Noir?”  Don’t forget - when squeezed, all grapes produce clear juice.  Wines get their color from one thing – contact with the grape skins.

Geography - Champagne is the northern most controlled wine making region of France.  It’s about 90 miles northeast of Paris.  Truth is, if the wines didn’t have bubbles, this region wouldn’t be on the wine map.  The grapes of this region struggle desperately to ripen – causing a level of acidity that would take the enamel right off your teeth.  The takeaway here is that any sparkling wine that is made outside this region is just that.  For it to be called Champagne, it has to come from this region of the same name.  No exceptions.

How to Buy It – There are two things I look for when buying a bottle of champagne.  First is style, which you can find right there on the label.

Secondly, aside from sweetness, champagne style can be determined by the specific blend of grapes that go into a bottle.

What to pair it with:  Due to the varying levels of sweetness, we have to be careful with what we pair it with.  Historically, Brut champagne is most enjoyed alongside caviar and oysters.  Not only do the bubbles wake-up and excite the palate, but the crisp acidity helps to cut through the creaminess of the oysters and accoutrements of the caviar.  When pairing any wine with dessert - champagne included – this is the golden rule:  The wine should always be sweeter than the dessert itself. 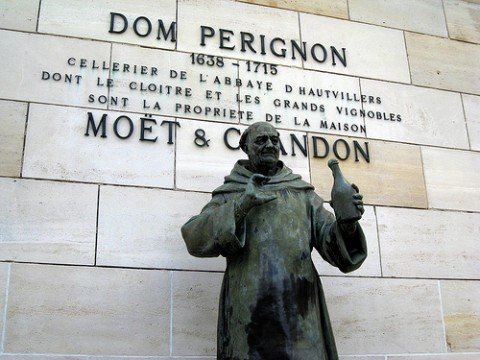 Why do we drink it at special occasions?  Finally, the tip you’ve been waiting for to impress an important audience.  The simple answer is great (and relentless) marketing by the famous monk, Dom Perignon, et al.  Not only did he improve the practice of making this wine, but he changed forever how it was stored and transported.  With Perignon taking the lead, early wine producers pushed it as an aspirational beverage.  And thus, it became a mark of achieving life’s milestones.  Or, if you’re me, finishing off some appetizers.

Tasting Notes: Being that it’s made generally of the noble grapes, Chardonnay and Pinot Noir, it can express a wondrous multitude of flavors.  Unfortunately, even the most discerning taster has trouble wading through the bubbles.  When tasting champagne critically, try to uncover one fruit that grows on a tree, one that has a pit, and one that is from the citrus family.  It’s not uncommon to hear a snob like me call out crisp yellow apples, lemon zest, and candied apricots.

A Recommendation:  I’m surprised that I’d be  recommending a sparkling wine from outside the region of Champagne, being that it’s our focus.  But, it’s so delicious, I have to share.  Bugey Cerdon is a hedonistic sparkling rosé from Eastern France.  It contains a lower level of alcohol (which

is a good thing), and is a little bit sweet.  It works as an aperitif or with not-so-sweet desserts.  Domaine Renardat-Fache makes an amazing bottle of the appropriately named Bugey, and it can be found pretty easily for around $20 per bottle.

At this point, I think you’re more than prepared for the 5th annual Champagne Day.   Get out there and enjoy some bubbly with some friends, family, or colleagues today and maybe teach them a thing or two about this fantastic wine of not only great flavors, but also rich history.  Not all of you will pair it with caviar, but don’t forget to toast to something or to someone great.  For now, cheers, until the next Sommelier Selection!