Q + A With The Agency’s Blair Chang: The Porsche GT3 Cup Challenge 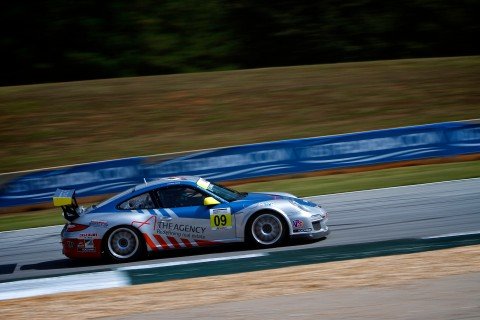 Ask The Agency’s Blair Chang what his favorite street to drive down in Los Angeles is and he’ll say Sunset Boulevard, yet this real estate agent is no stranger to the thrills of a race track. Just this year alone, Blair competed in 7 of 8 events held by the Porsche GT3 Cup Challenge Series’ while driving in The Agency branded Porsche. The last event of the season, Road Atlanta, was certainly no cake walk as the high performance German race cars quickly transformed into bumper cars. We caught up with Blair to learn more about his fast-paced life both on and off the track.

As a youngster, what car did you dream of driving one day? I always wanted a Porsche when I was a kid. I thought they were the coolest cars.

What’s parked in your garage? A Porsche 911 Convertible and a Toyota Prius.

When did you start to get involved with auto racing? I began racing karts when I was in college, then decided to take a Jim Russell car course. I was hooked. Soon after, I started club racing with the Porsche Owner’s Club. The rest is history. 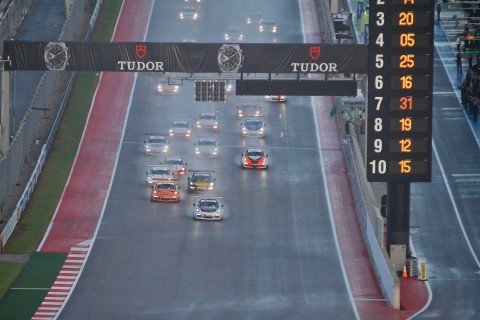 What’s the best part about being behind the wheel? Porsches are the epitome of performance—they do everything right. That excites me! The best thing about driving a Porsche is the experience you get while you are driving…it’s like no other.

One automotive journalist compared the conditions at Road Atlanta to "the world's most expensive Slip-N-Slide". Does that comparison tell the whole story? Yes. The season ender took place in pouring rain! Road Atlanta is an old-school, super fun but very treacherous course. It’s a risk versus reward track, and in the rain, its unreal.

How did you mentally prepare for competing on a damp track, and what thoughts entered your mind as the green flag dropped? All I wanted to do was get through the first lap clean. I treat race day like a practice day so that I don’t get wound up. I also know that I will use one less gear going into each corner. What also helps me prepare is driving the track in my mind several times before the race.

Tell us about that first turn…Turn one is a five-story right hander down the hill. My teammate and series point leader lost the championship and crashed along with four others at the start...visibility was almost non-existent unless you were on the front row!

Are obstacles in racing comparable to the obstacles you face as a real estate agent? In racing, you have to anticipate what your opponents are going to do and then react. I go into each race having a game plan, which is similar to how I approach real estate: I have a custom-made marketing plan for each house that I represent. In both racing and real estate you have to make changes on the fly because the landscape changes often. The ability to do so efficiently is what makes you shine in both fields. 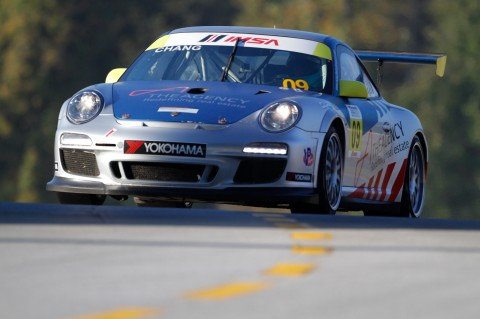 Have you experienced the Thermal Club in nearby Palm Springs? Yes, I have driven the original configuration of 1.7 miles and now that they have 3.1 miles open I would love to go back. It’s a great place—a real country club for car enthusiasts.

What would you say to those who dream of becoming a race car driver? If you dream it, you can achieve it. I suggest going to a racing school such as Skip Barber. They provide the proper training to get started.