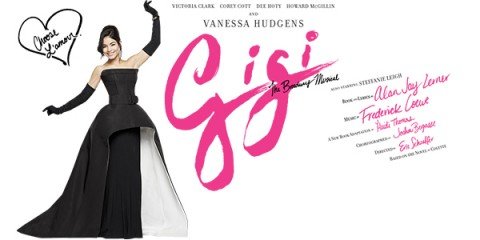 Vanessa Hudgens makes a starring appearance as ‘Gigi’ in the Broadway adapted musical based on the 1958 film that follows the life of a very young woman being trained for the life of a courtesan. The musical, a story set in Paris in the turn-of-the-20th-century has been stripped of any risqué content or inappropriate relationships between the characters, especially Gigi and Gaston Lachaille. Gaston is the rich older man who admires the young teen, eventually falling in love with her as she blossoms into womanhood. In a New York Times review, discussed was that the changes between the film version and the current broadway musical. The adaptations to the stage play have changed the ages of the main characters, redirected the original musical score to create a squeaky clean image, and overall removed the depth of the storyline. The production comes through as impressive still, as the stage is beautifully created and the wardrobe sparkles appealingly. Hudgens hard work, poise, and beauty shines through, bringing new perspective and life to a classic tale.

To read the full review on the musical, please click here.