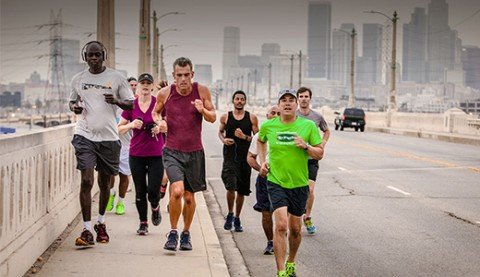 “I never knew what team work was before I joined the running club,” says one man, a talented artist who once found himself on the streets of Los Angeles, riddled by addiction.

Superior Court Judge Craig J. Mitchell believes that one act does not define a person in his entirety, a belief that is expressed through a running club which he founded over four years on LA’s Skid Row. The running club trains homeless individuals to run marathons gifting them a sense of community, purpose, and value.

The Agency’s Lynn Teschner had the privilege of sitting down with Judge Mitchell to talk about the running club and The Skid Row Marathon which is a documentary that will tell the inspiring stories of the men and woman that are resurrecting their lives through running.

Watch the full the interview below and here. The Agency is a proud supporter of the Skid Row Project, to learn more about the Skid Row Marathon click here.