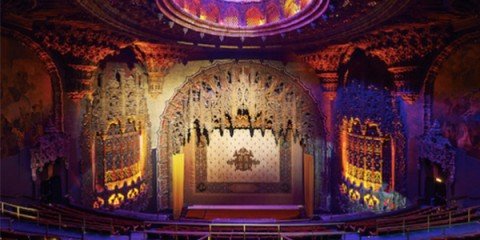 BRING THE FAMILY HERE → The Theatre at Ace Hotel on Saturday, June 13 as LA Chamber Orchestra @ The Movies celebrates Walt Disney Animation Studios. Conducted by six-time EmmyⓇ Award-winning conductor and composer Mark Watters, the Los Angeles Chamber Orchestra will perform live music alongside cartoons from the Walt Disney vault—some of which have not been seen for over 50 years. Snag tickets here. 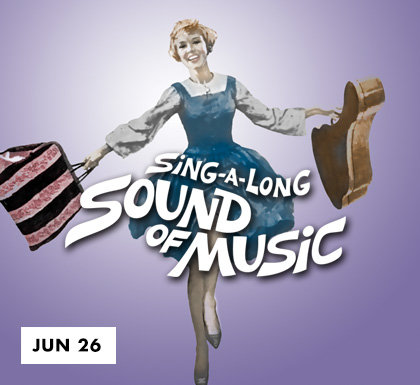 DO THIS → Sing-Along Sound Of Music at The Hollywood Bowl on June 26. Guests are invited to bring their own costumes to the pre-show parade in celebration of the films 50th anniversary before watching Julie Andrews and Christopher Plummer light-up the big screen at 7:30 p.m.

START THE BIDDING HERE → CELEBRATE 2015 at the Architecture + Design Museum on Saturday, June 17. This year’s annual gala coincides with the museum’s grand reopening in DTLA’s Arts District and will feature a silent auction of custom-designed “shelters” created by architecture and design luminaries with 100% of proceeds benefiting the exhibition. Be among the first to see their brand new space over catered cuisine, cocktails, music and more.

HEAD TO → Making Waves 2015, Los Angeles Waterkeeper’s annual benefit to raise awareness and funds as well as honor organizations that have been dedicated to water conservation during California’s worst drought in recorded history. The event takes place on Thursday, June 11, at The Fairmont Miramar Hotel in Santa Monica followed by a VIP After-Party at The Bungalow.

GO HERE → LA Film Fest at L.A. LIVE from June 10 - 18. Over 90,000 attendees are expected to show up and experience two new sections being added for the 2015 Festival: Zeitgeist, which will capture hard knock, coming of age stories, and Nightfall, films that should be watched after dark.

BUY DAD THIS → The “Social Grill”, a 360 degree work of art with a $10,000 price tag. The brainchild of design firm Rockwell Group and Caliber Range Corporation, this sleek, backyard necessity sports a handcrafted Brazilian cherry wood base and is accessible on all four sides to showcase the social experience of grilling. Pair it with THIS → “Fifty Cars That Changed The World”, a book for classic car lovers, along with a six-pack of  THIS → Churchkey Beer, a nostalgic nod to the days of flat top steel beer cans—which just became available in L.A.—for the perfect exchange on Father’s Day, June 21.