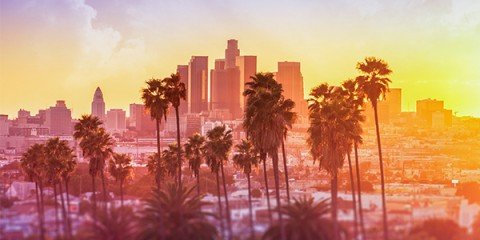 According to an article in The New York Times, the New York-Los Angeles rivalry is tipping in favor of The City of Angels as the metropolis enjoys a renaissance of culture, becomingirresistible for many a New Yorker. One young female, a former New Yorker and Los Angeles transplant believes she has found the best of her New York life, minus the migraines. “It’s like grown-up version of Williamsburg,” she says of the West Coast, “without the gray cloud.” Echo Park and Silver Lake towards the east hold a magnetic attraction for many creatives and the culturally attuned, with trendy restaurants, art galleries and chic hideouts popping up over the last few years. Los Angeles also displays rents that are generally less than that of the average prices in Brooklyn or Manhattan’s most trendy of neighborhoods.

In the past, Los Angeles has served as a punch line for New Yorkers, but now the snobbery has gone, even among trendsetters for whom The Big Apple is an identity.Moby, the techno pioneer who was raised and molded by New York life observed in an article publishedin The Guardian that Los Angeles is now where young artists “can really experiment…almost everyone else they know is trying new things and failing, too.”Not that Los Angeles is a place to go to fail, but it is a place that allows the freedom to be creative. “Many people say that there are more creative people; visual artists, musicians, writers, and filmmakers living in Los Angeles than there are in any other city in the world, and I feel it,” says Ms. Philbin, a former New Yorker and the director of the Hammer Museum in Los Angeles.

Strikingly more cosmopolitan in recent years, Los Angeles has experienced an exploding art scene with one source stating that approximately fifty new art galleries have opened since late 2013. Fashion has also traveled west as A-List runway shows turn-heads and entire neighborhoods undergo a haute-boho revival. Los Angeles is proving, even with its slower pace, that it is a strong competitor in the race for a combined level of culture and comfort. The city may not always appear as a natural fit immediately, but it’s familial and welcoming, with pockets that remind one of a bit of Europe or hint at New York. Los Angeles, with its own status codes, rhythms, and energy is a place to love and appreciate.