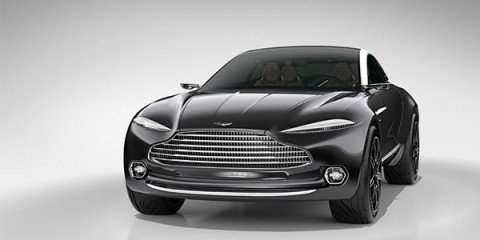 Aston Martin is looking to broaden its appeal with a new incentive that targets women drivers. In a Wall Street Journal article it was stated that the British car manufacturer, most notably known for their role in James Bond films, desires to reposition itself as luxury lifestyle brand that suits and captivates women to a higher degree. Men account for 95 percent of the 70,000 Aston Martins sold, making it very apparent as to why the car maker is so eager to attract more women buyers.

Andrew Palmer, the company’s CEO envisions the 102-year old sports-car maker to market products ranging from luggage, watches and clothing to boats and perhaps hotels. “Whereas historically we’ve made beautiful sports cars…we see ourselves much more in the luxury space than in the pure automotive space,” said Mr. Palmer. The vehicles by Aston Martin are certainly luxury goods, each starting at a price point of $135,000 and range upwards of $2 million for the Vulcan super car.

Other luxury auto makers have taken shy steps forward in marketing to women. Porsche hired Maria Sharapova in 2013 as a brand ambassador and Victoria Beckham was involved in the design of a Range Rover model. As sales have declined for Aston Martin over the past few years, reinventing their image will be a necessity to continue their tradition as a high-end automotive manufacturer in the luxury sector.