A Patriotic Party: The Best Firework Displays In America 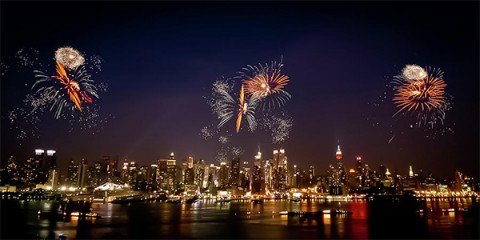 From 1776 until the present day, July 4th has been observed as the beginning of American independence with typical celebrations ranging from parades and concerts to more casual family gatherings and in Southern California, beach days and barbecues. With all of these ways to celebrate America's birthday, it’s true that a 4th of July would not be complete without a finale of fireworks. The Travel Channel selected where one can find the 5 best U.S. fireworks celebrations.

For the largest in-the-sky pyrotechnic extravaganza in the country, make a stop in New York City for the Macy’s 4th of July Fireworks where the show launches from four barges that line the Hudson River. The dazzle and awe of lights feature more than 40,000 fireworks shells and is only rivaled by the accompaniment of the New York Pops Orchestra and Mormon Tabernacle Choir.

Boston, not to be outdone, shows its patriotism with the Boston Pops Fireworks Spectacular. Festivities kick off with the national anthem as spectators enjoy the entertainment from the esplanade along the Charles River. Other events include concerts, children’s activities and even a seafood feast during the day.

If one fancies celebrating America’s birthday at its birthplace, the Wawa Welcome America festival in Philadelphia is eight days of city celebrations with outdoor films, all-you-can-eat ice-cream events and free museum admission, culminating on July 4th with a parade and evening fireworks show.

The capital of the country patriotically celebrates the day of freedom with bands and floats at the Independence Day Parade along Constitution Avenue. One can also experience the Smithsonian Folklife Festival which celebrates America’s past. The grand finale of the day happens after sundown when fireworks are launched from the Lincoln Memorial Reflecting Pool, illuminating the sky behind the Washington Monument.

In Texas style, the fireworks in Houston, which is known as the largest land fireworks display in the nation, is certain to impress. The Freedom Over Texas event includes live country music and the dazzle of fireworks that light up the sky at Eleanor Tinsley Park.

With over 14,000 various fireworks displays and festivities happening all across the nation, one is sure to find a fun, beautiful and safe way to enjoy the holiday.