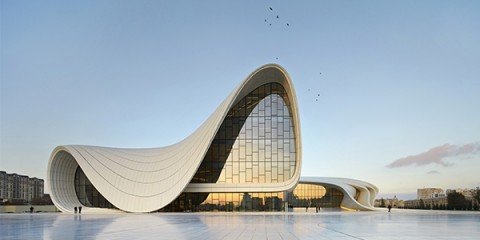 Iraqi-born British architect Zaha Hadid does not believe in straight lines and rectangular design. As one of the few successful women architects in a mainly male-driven industry, her three-decade long career has been an exploration of continuous transformations and smooth transitions. In a Forbes Life article, the Pritzker Architecture Prize winner said, “My ambition has always been to create fluid space.” Her belief that architecture is intuitive, daring, and dynamic has yielded her the success of Time magazine naming her one of the “100 Most Influential People in the World” in 2010 and garnered her recognition for works like the Mobile Art Pavilion for Chanel, the MAXXI National Museum of 21st Century Arts, and the highly-acclaimed Vitra Fire Station.

With over 50 percent of the world’s population now inhabiting cities, architecture must move past outdated 20th-century creations of blocks and repetition towards design that displays connectivity and complexity. Zaha’s life philosophy influences her designs as she firmly believes that life is not made in a grid. She notes that natural landscape is not regular, but individuals still find such spaces relaxing. Inspired by her knowledge of architecture, Zaha curiously began exploring the boundaries of possibility with shoes and jewelry, which can now be seen in her new line of luxury products found at Harrods.

The field of architecture is no copycat of fashion, political or economic cycles, but results from the cycles of innovation generated by social and technological developments. An optimist as opposed to an opportunist, Zaha views architecture as a universal asset and not only a political tool. Commissioned to design her first two projects in her birth country, Zaha has turned her focus towards her homeland. The Iraq Parliament building in Baghdad and the Central Bank of Iraq Headquarters tower, the two plans that she is now heading, will be an innovative step towards creating a well-conceived urban outlook that will inspire and engage people. “I am deeply touched and very happy to be contributing to rebuilding Iraq,” she says.

To read the full article on Zaha Hadid, click here.