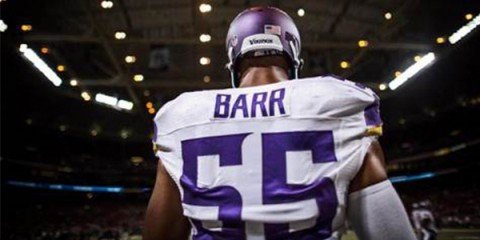 It’s good to have a passion. It’s even better to have a few. L.A. hometown NFL star Anthony Barr discovered a new passion after becoming a first-round draft pick for the Minnesota Vikings last year, and it’s one we at The Agency can certainly relate to – real estate. The Vikings Linebacker, who was home this month to host his first youth football camp at his alma mater, Loyola High School, discovered his new interest after purchasing his family residence in Palos Verdes.

The Agency’s Christopher Miller, who coached Barr at Loyola, caught up with the star to talk their two mutual passions – football and real estate.

What was the first “big ticket” item you purchased after signing with The Vikings?

The first thing I purchased was a home for my mom and brother. I had lived in numerous apartment complexes and townhomes growing up, and it was always something I wanted to do for my mom as a “thank you for everything” gift. I didn't want to rush the process, but it was an opportunity I couldn’t pass on. The purchase has actually sparked my interest in real estate, and I hope to learn more in the near future.

What made you decide to buy a house in Palos Verdes?

Well, my mom found the house, and it has an unbelievable view. The sunset is amazing, and the home is accommodating to all three of us, my mom, brother, and I, and our two dogs. The view is priceless.

What was the most important lesson you learned during the remodel of the home?

Patience. It took us a little more than a year to get the home to our liking, and there are still a couple of projects we have in mind.

What is your favorite room in the house and why?

The backyard, without a doubt. I relax out there, eat out there, watch practice and game tapes out there. I would sleep out there.

If you weren’t playing in the NFL, what would you be doing? 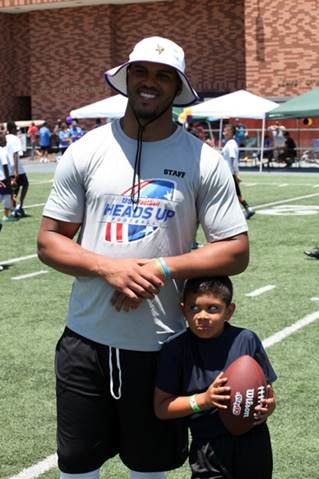 You just hosted your first annual youth football camp at Loyola High School. How did it go? How important was it for you to host the event in Los Angeles, at your alma mater?

It was an overwhelming success. The day was so much fun, and I can’t thank all of those who played a part in it enough. From my mom, grandparents, and their friends to my friends, from my agent to the kids who participated, it was just a great day. And for the camp to be at Loyola, a place that taught me and provided me with so much, it was really special and a real honor.

Your little brother will be attending Loyola in the fall. What advice do you have for him as he enters a new chapter in his life?

I just asked him to enjoy the moment and not to rush growing up. I had some of the best times of my life at Loyola because of the environment and the people I met. I made lifelong friends who I still talk to and hangout with today. I just want him to appreciate this time in his life because it will be an amazing experience. 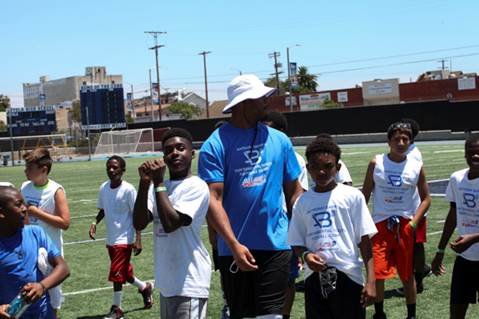 During your first two seasons at UCLA, you were purely an offensive specialist. What made you decide to switch sides of the ball and play defense?

I just wasn’t playing or contributing to the team the way I wanted to. I know what I’m capable of and what I can offer a team, and I didn’t feel I was being utilized in a way that would make an impact.

After your junior season at UCLA, you were projected to be a first-round draft choice, yet you decided to return for your senior season. What prompted you to stay?

I took some time to make the decision because it wasn't an easy one. I spoke to my family, coaches, and teammates to try and gauge what to do. Ultimately, it was my decision, and I felt I still had a lot to learn only having played the position for one year. 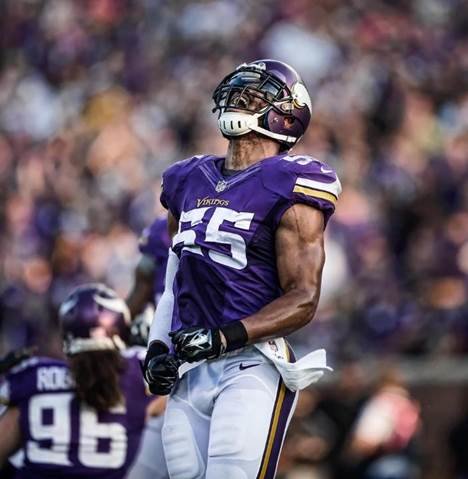 What’s the most important lesson you learned during your rookie season in the NFL?