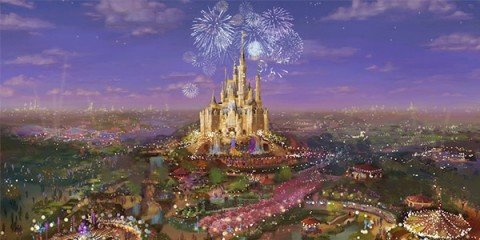 The world is getting the first glimpse of the staggering size and scale of the Shanghai Disney Resort now underway and set to open in Spring 2016. People’s Daily Online has released stunning new aerial footage of Disney’s newest venture which will cover a 1.5-square-mile area and feature six themed sections, a Broadway-style theater and the tallest, most interactive castle at any Disney theme park. 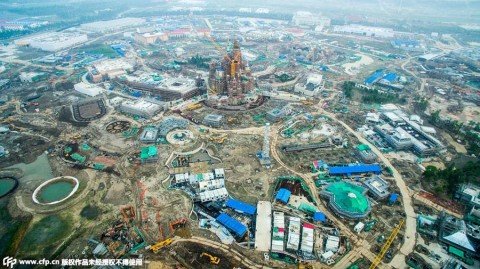 The $5.5 billion project is the first Disney theme park on mainland China and will be both unique to the Disney brand and authentic to Chinese culture. Disney’s chief executive and chairman, Bob Iger, presented plans for the park last month, saying “We are taking everything we’ve learned from our six decades of exceeding expectations—along with our relentless innovation and famous creativity—to create a truly magical place that is both authentically Disney and distinctly Chinese.”

According to The New York Times, China approved the resort only after the company promised that it would reflect Chinese culture. Disney owns about 43 percent of the Shanghai Disney, with the rest held by Shanghai Shendi Group, a government-controlled entity, the Times reports. Disney estimates that 330 million people live within three hours of the Shanghai property, and it’s pulling out all the stops to attract the “locals” as well as the global audience. 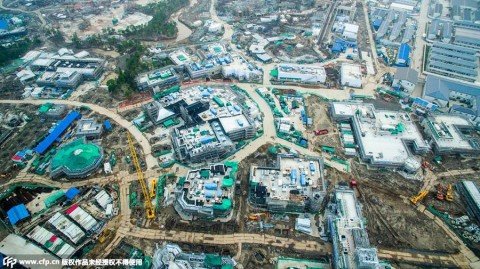 Disney Shanghai will feature the much anticipated “Enchanted Storybook Castle” which will house all of the fairytale princesses as well as Treasure Cove, a land themed after the Pirates of the Caribbean film series. Disneytown will be home to the largest gift shop and the theater which will showcase the first-ever Mandarin product of The Lion King. Shanghai Disneyland is an ambitious production that epitomizes the imagination, creativity, and innovation that is signature to Disney’s history and culture. As Iger stated, “Disney is building something truly special in Shanghai,” and it appears from the progress that these dreams are “magically” becoming reality.