Fast Forward: The Architecture Of William F. Cody On Display At A+D Museum 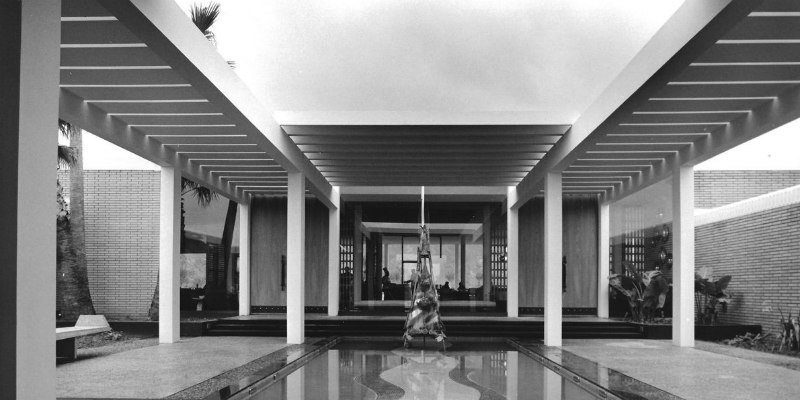 If you hung around Palm Springs in the 1950s and 60s, there’s a good chance the hotels and restaurants you frequented were designed by architect William F. Cody. From Huddle’s Springs Restaurant to The Palm Springs Spa and Hotel, Cody’s groundbreaking designs defined the midcentury aesthetic and established him as a legend in his time. With a devoted celebrity clientele that included Walt Disney, Frank Sinatra, and Bing Crosby, Cody designed everything from residential homes and condos to commercial centers and industrial complexes. And though he’s most famous for his large body of work in California and Arizona, he also had commissions in Texas, Nevada, Colorado, Hawaii, Mexico, Honduras, and Cuba. He was respected for his ability to merge luxury and technology in architecture, resulting in a high-style experimental modernism that is still widely admired today. Cody would have celebrated his 100th birthday this year, and in honor of the man and his work The Architecture and Design Museum is hosting Fast Forward: The Architecture of William F. Cody, an exhibition of drawings and photos created by Cal Poly, San Louis Obispo architecture students inspired by Cody’s designs. The exhibit is on view through September 25 at A+D Museum.