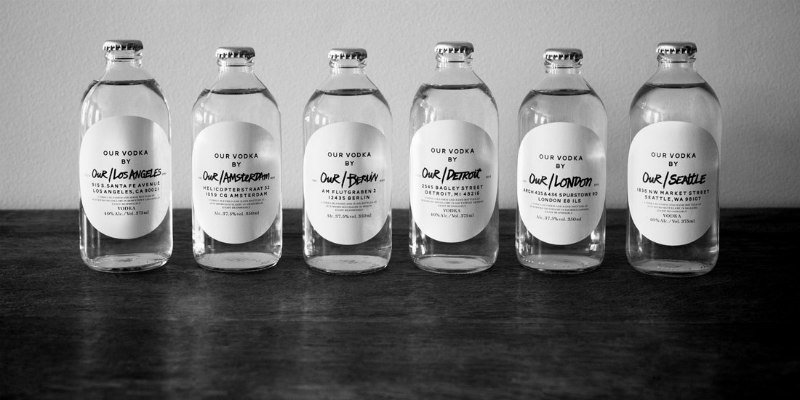 A new vodka micro-distillery recently opened in Downtown Los Angeles, and it packs some L.A. punch in every bottle. The distillery, aptly named Our/Los Angeles, is part of Pernod Ricard’s Our/Vodka, a global brand with distilleries in six different cities around the world. The idea behind the operation is to combine the know-how of Ricard’s notorious Absolut brand with the craftsmanship of small, local distillers. Each outpost is run by a team of local entrepreneurs responsible for developing the unique personality of the vodka in their city. In L.A.’s case, Steven Ocheltree and Tyler Simmons, co-founders of the creative agency, Sew, are at the helm. Each distillery follows the same basic recipe, but sources its ingredients as close to home as possible, resulting in a distinct flavor profile that is every bit the city’s own. Since metropolitan cities aren’t typically big corn or grain producers, the major variance from place to place is the water, which, according to many vodka connoisseurs, is the most important ingredient of all. Our/Los Angeles’ sleek, modern tasting room in the ever-popular Arts District echoes the brand’s motto, “keep it simple,” which is applied to everything from the small, crown-capped bottles designed to encourage sharing amongst friends in a single sitting, to their mood-enhancing contents. Our/Los Angeles is located at 915 South Santa Fe Avenue in Downtown Los Angeles. Tastings and tours are offered Monday through Friday from 1pm-5pm, and by appointment.